What President Obama didn’t mention in his immigration address 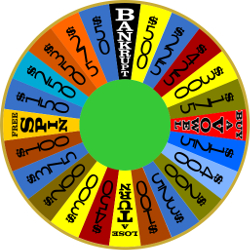 President Obama finally addressed the nation today regarding the executive actions he’s taking in regard to our broken immigration system. If you’re looking for a strident pro or con piece, this isn’t it. If you’re looking for a call to see him impeached, yeah, good luck with that. If you’re acting like this is the first time a sitting president has ever had the temerity to go it alone on the issue, maybe you might want to bone up on the administrations of Ronnie “Golf? I NAP!” Reagan and creepy ex-chief of the secret police George “I Threw Up on Helmut Kohl and All I Got Was this Lousy T-Shirt” Bush, the Elder. Even so, I’m here to throw our friends on the right a bone.

Of course, that sparkling light of pseudo-intellectualism, by which I mean walking tallow candle of shameless mendacity, Rush Limbaugh, tried to clear the air, by which I mean farted through his mouth again, about the “false” left-wing Reagan/Bush talking points:

RUSH: Okay. So you want to know who was in there? You want to hear the names? I think you should. The first up was Bob Beckel, and then The Forehead, Paul Begala, and then Dingy Harry, and then Michelle Kosinski, whoever that is, and then O’Reilly. O’Reilly said President Reagan also took executive action allowing some illegals to stay. He did not. Reagan never took executive action. This is a bald-faced flat-out lie. Not that it’s gonna matter to anybody. But you know us here; we’re concerned with the truth. Henry Cuellar, David Catanese. Those are the people in the sound bite that you just heard…

…I’m almost speechless here as I prepare to explain to you just how big the left is distorting this. Ronald Reagan signed a piece of legislation. It was the Simpson-Mazzoli Act. It was 1986. Congress debated and passed a law to grant amnesty to three million illegal immigrants, and Reagan signed it. They are saying that’s exactly what Obama’s gonna do. They are claiming that Reagan signing legislation, thereby making it legal, is the same thing as an Obama executive order. It breathtaking what they’re trying to say here.

Reagan had a statute behind him. The statute was called Simpson-Mazzoli. The very law that Reagan had signed was signed after it was passed by Congress. What Obama is about to do is write a law, or rewrite a statue all by himself.

It’s a pity Rush doesn’t bother to keep abreast of actual facts when he pulls stunts like this. TPM did a much better job of elucidation here:

In 1986, Congress and Reagan enacted a sweeping overhaul that gave legal status to up to 3 million immigrants without authorization to be in the country, if they had come to the U.S. before 1982. Spouses and children who could not meet that test did not qualify, which incited protests that the new law was breaking up families. [ed. note: See! Rush was right!]

Early efforts in Congress to amend the law to cover family members failed. In 1987, Reagan’s Immigration and Naturalization Service commissioner announced that minor children of parents granted amnesty by the law would get protection from deportation. [ed. note: Oh, half-right, or as I like to call it, a lie by omission]

Spouses and children of couples in which one parent qualified for amnesty but the other did not remained subject to deportation, leading to efforts to amend the 1986 law.

In a parallel to today, the Senate acted in 1989 to broaden legal status to families but the House never took up the bill [ed. note: See! Rush was right!] Through the INS, Bush advanced a new “family fairness” policy that put in place the Senate measure [ed. note: Oh, half-right, or as I like to call it, a lie by omission]. Congress passed the policy into law by the end of the year as part of broader immigration legislation.

And do consider that, with these lies by omission, Rush also fails to point out that had any office under Obamalamadingdong, such as the USCIS done this kind of thing, ZOMG! Scandal! Get a rope! Impeach!

Now, I did say this wouldn’t be a strident pro or con piece, and thus far I’ve kept my word. I didn’t say I wasn’t going to let loose a couple of cheap, but entirely valid, shots first before tossing out that bone.

What were those six letters you won’t find in the transcript of President Obama’s address?

RSTLN & E rather give it away. Mainly what he didn’t mention was unemployment. But we know from the administration that there will be a few work permits issued by way of this executive action. How many? According to the Pittsburgh Post-Gazette:

The main beneficiaries of the president’s actions are immigrants who have been in the U.S. illegally for more than five years but whose children are citizens or lawful permanent residents. After passing background checks and paying fees, those individuals can now be granted relief from deportation for three years and get work permits. The administration expects about 4.1 million people to qualify [emphasis added].

Now, as we know, just because people qualify for something doesn’t mean they’ll avail themselves of the opportunity. Take a look at voting, for instance. Hell, let a small minority of the eligible voting population show up and beat out another small minority by a few percentage points and you’d swear there was some kind of mandate or something. Ludicrous. Point being, of that 4.1 million, surely only a percentage will actually take the necessary steps. But how many is that? Only 1 million? 2 million? 3 million?

When faced with this kind of complexity, this is where I like to throw cui bono into the mix. Who benefits? Follow the money! What we know is that Obama jacked his hard-lefty fanbase around bigtime to win the election and turned out to be nothing more than a Wall Street shill that likes the occasionally ugly suit. Blue Dog. DINO. Third Way. New Dem. Centrist. Neoliberal. Call him what you will, but he sure as hell ain’t no socialist. That would be legitimately leftist. No, this jerk is as bought and paid for by the Fortune 500 as anyone in the GOP. He’s just better at pretending otherwise. So when he dances, you really, really need to ask yourself what tune Wall Street is whistling.

From the Bureau of Labor Statistics, November 7, 2014, and remember, these are the official lowball numbers:

The civilian labor force participation rate was little changed at 62.8 percent in October and has been essentially flat since April. The employment-population ratio increased to 59.2 percent in October. (See table A-1.)

The number of persons employed part time for economic reasons (sometimes referred to as involuntary part-time workers) was about unchanged in October at 7.0 million. These individuals, who would have preferred full-time employment, were working part time because their hours had been cut back or because they were unable to find a full-time job. (See table A-8.)

In October, 2.2 million persons were marginally attached to the labor force, little changed from a year earlier. (The data are not seasonally adjusted.) These individuals were not in the labor force, wanted and were available for work, and had looked for a job sometime in the prior 12 months. They were not counted as unemployed because they had not searched for work in the 4 weeks preceding the survey. (See table A-16.)

Among the marginally attached, there were 770,000 discouraged workers in October, essentially unchanged from a year earlier. (The data are not seasonally adjusted.) Discouraged workers are persons not currently looking for work because they believe no jobs are available for them. The remaining 1.4 million persons marginally attached to the labor force in October had not searched for work for reasons such as school attendance or family responsibilities. (See table A-16.)

That’s 2.9 + 7.0 + 2.2 million…12.1 million officially acknowledged screwed by the system Americans. Pass out a few of those new work permits, and sure, the tax rolls might improve by 1 or 2 or 3 million more people competing for the crappy jobs those 12.1 million people have either settled for or can’t find, but what happens when you increase the supply of something? Riiight. Guns n’ butter, buttercup. Cost goes down.

I’m no economist, dismal as I may be, but I can think of one group that’s especially good at ducking taxes (not you or me) and demanding lower wages, so that group would benefit. Wall Street, I’m lookin’ at you.

Enjoy chewing your bone. Good luck figuring out what to do with it, though. Last I checked, Wall Street’s money is as good as speech and the more deregulated they can be, the more liberty they have, and that’s just American as apple pie. Keep attacking. Just remember, it’s the puppeteers pulling the strings who want this, so don’t expect establishment Republicans to actually do a damned thing about it.