A month ago most of you had probably never heard of Ello. By now a lot of you have. And at the pace the news has been getting around in the past few days, this time next week even hermits will know about it.

The short version is that Ello is the brainchild of a team of designers and developers who are committed to preserving user privacy. Sort of an anti-Facebook, if you will. As you can imagine, there’s going to be interest in something predicated on that kind of philosophy, and interest this past week got so intense that they had to throttle new user add/invites briefly to make sure the system could handle the load.

I was one of the early adopters – I heard about it and went to the site to request an invite months ago, and I was in the door quickly when they opened it up to beta last month.

Here are some observations, in no particular order.

1: The creative factor is through the roof. Ello began as a small private tool connecting a group of designers, developers and agency folks, with ground zero being Berger & Föhr in Boulder. Early invites were naturally going to permeate the personal networks of this crowd, and what this means is that Ello today is overrun with designers, developers, innovators, artists, musicians, writers, crafts people and makers of all stripes. As a tool for sampling creativity in the wild it beats anything I have ever encountered.

2. Ello is progressive without, so far, being political. What I mean by this is that I’m not seeing much in the way of overtly political content. But, given the user base noted above, the pervasive ethos is going to be unavoidably liberal. Maybe politics isn’t being discussed because with this audience there’s no real point.

3. Ello is minimalist. Holy fuck, is it minimalist. The people who designed and built this network loves them some white space. It’s clean, immaculately so, and is even more the anti-Facebook in this respect than it is in its commitment to privacy. As a result, the site invites you to fill up the space with your own contributions, while bounding even the noisiest and messiest of posts in a context that preserves the contemplative tone.

4. Related to #3, remember, Ello is still in beta. It still lacks many features we have come to expect of a social net, and in some respects feels very retro as a result. The site contains a handy list of features that have been rolled out and features that are on the way, but that doesn’t stop some new sign-ups from walking in the door, looking around, and immediately carping that it needs x or y, and that by god the absence of x and y is really harshing their mellow.

If you’re one of those folks, please, STFU. To repeat, it’s still in beta. Would you walk into a restaurant a month before it opens and bitch that the walls weren’t painted? Get over yourself, enjoy the fact that you have been invited in and given the opportunity to watch the evolution of something cool, and by the way, there are mechanisms for recommending possible features. Don’t be a fucking wanker. 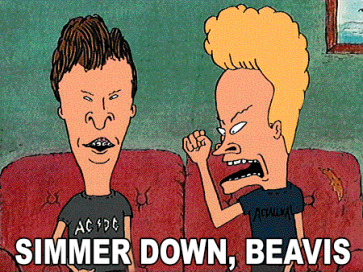 5. Ello isn’t a charity. The owners have stated that it’s ad-free and is going to stay that way, but obviously some people are skeptical. Adding fuel to flames of conspiracy is the recent Explosive Revelation© that Ello is funded by venture capital money, and therefore will be forced to sell its soul to the devil. Along, of course, with your soul.

I personally am more than willing to pay for access to a service like this if it means I don’t have to worry about Mark Zuckerberg rifling through my underwear drawer and selling what he finds to the NSA. I’m looking forward to an opportunity to contribute. Guys, if you’re reading this, might I suggest a mid-weigh Ello hoodie? I’d buy that tomorrow. Know what else would be cool? How about a black Adidas Ello soccer strip? And premium features? Tell me what they are and sign me up.

For those who are already shaking their heads sadly because Ello is pre-sold out, blow me you self-obsessed hipster asswaffles. If Ello changes course, starts doing ads and selling us to advertisers, we’ll close our accounts and leave. So simmer the fuck down, Beavis.

6. Ello is kind of a hybrid of multiple social networks. It isn’t a Facebook knockoff. There are (or will be) features kind of like what you associate with FB, but at the moment it’s sort or behaving like a cross between Google+ and Twitter – G+ in that it’s great for photography, and Twitter in that the Friend/Noise follow process is well suited to broadcasting. They haven’t yet built out some of the features you’ll need to promote more one-to-one interaction (and I hope they’re going to do something for groups or communities), so while peer-to-peer conversations are doable, they aren’t push-a-button simple yet.

In sum, I’m really liking Ello and, as you probably guessed by now, am enjoying the hell out of exploring its possibilities and thinking about the ways in which it’s growing. Stay tuned, on the off chance I have further observations. And a big congrats to the team behind Ello. At a minimum, you have opened a door here and I think you’re in the process of demonstrating the viability of a new, and much-needed kind of social network.