It took me a while and a measure of forgetfulness, but the deed is done 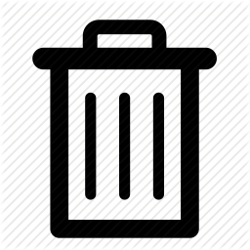 Since my last post on the subject of Facebook (see Goodbye, Facebook below), I’ve paid next to no attention to it at all, reminded of its existence only by the slow feed of occasional email notifications, an onslaught that slowed to a trickle once I stopped feeding the best. Once in a while I’d click a guilty click to see a picture, perhaps of a friend’s newborn. Other times I was curious to see if the powers that be at Facebook ever bothered to get back to me on my request to cancel my Ars Skeptica page.

A quick bit about that, as an aside:

For whatever reason, of the handful of silly pages I created, Facebook’s magical data gremlins must have realized that Ars Skeptica was different. The others it let me delete without an issue. The Ars Skeptica page deletion provided a prompt that they would get back to me in two weeks time (many weeks ago now) to confirm that I do indeed mean to delete said page. I never heard back from them. As of this moment, the page still exists. What I gather from this: if such process were entirely driven by algorithm, surely a database would have had some fields populated and some actions automatically triggered. Date deletion requested. Add two weeks. Send automated confirmation form. Have done with it. But no. That’s not how it went down. So either they’ve got a faulty automated system, or they have a faulty human intervention system. In either case, those systems cease mattering to me.

I finally remembered to go back and cancel my account. I clicked their very nondescript user menu down arrow. I navigated to Settings. I guessed, after looking at Profile and seeing no option that maybe Security is the way to go. I clicked the link to deactivate my account.

I got a heart string plucking page designed to induce a sad.

Are you sure you want to deactivate your account?

Deactivating your account will disable your profile and remove your name and picture from most things you’ve shared on Facebook. Some information may still be visible to others, such as your name in their friends list and messages you sent.

Your 112 friends will no longer be able to keep in touch with you.

This was followed by 5 photos, each captioned with “[First Name] will miss you.”
A tear [author gestures sarcastically, tracing an imaginary fake tear leaking from the corner of an eye].
Why no, friend 1 will not miss me. You chose that one poorly. After contacting via Facebook and by email I never heard back. Said friend generally never bothered wasting her time or mine with replies to my posts, even though I bothered to check in on hers to show support, commiseration, share a laugh, what have you. Clearly that one was rather one-sided.
The same applies to friends 2 and 3. These are people I knew in person once upon a time. We hung out. We had good times. Hell, I even shared the same stage at House of Blues with one of them. But I guess apart from the momentary intersection provided by Facebook nothing I had to say or feel actually mattered too terribly much for either of them because it’s not like I heard back when I announced I’d be kicking the habit. That’s okay, because I barely heard back from them even before then, as with Friend 1.
Two more poor choices.
Friend 4? A much closer and even more personal friend from way back in the day. How close? Sadly, it seems, about as close as 1-3.
Hey, when there’s a pattern like that, I guess maybe I’m the problem. That’s okay. I’m not everybody’s cup o’ tea and I’m okay with that. Leaving Facebook at least forces that understanding to be far more honest. Staying and keeping these otherwise awesome (truly, no sarcasm, they are awesome people) people on my friends list? Not so honest. In hindsight, it might have even made me at least a bit more pathetic that I’d hang on in such a clearly one-sided fashion. Mea culpa. No longer.
Friend 5? A present-day coworker. Miss me? Poor bastard can’t get away from me five days a week.
Poor choice #5. Data fail for the win. There were easily 5, 10, 20 people they could have picked that would have maybe (well, not really) changed my mind in an alternate reality kind of way. Just not in this reality. My mind was made up. I was just slow to act.
Of course, Facebook would like to know why I’m leaving, in spite of all my Facebook induced sad.

Funny how they don’t have a “check all that apply” option for those times when it might apply.

I went with “Other.”

Almost the straw that broke the camel’s back:
Goodbye, Facebook. Supporting anti-gay marriage, anti-human rights candidate was finally too much

Before that:
Facebook tramples human research ethics and gets published by PNAS for the effort

Before that:
Facebook’s bad year just got worse

Before that:
Facebook: the most congenitally dishonest company in America

Really, quitting Facebook was a long time coming. I’m embarrassed that it took me this long. What was the actual straw that broke the camel’s back? The realization that Facebook is so damned seemingly indispensable that I’d clearly tolerate damned near anything from your company just so I can be part of your product, be disregarded as a user, citizen, and human, and keep in touch with people who mostly won’t bother to keep in touch in any other way because they too find your service so indispensable that they will put up with any damned thing you do for the sake of convenience.

It’s a disgusting realization and one that more people should have, the sooner the better.