GOP misses its golden moment: why impeach when they can censure?

Whose side are these guys on, anyway? 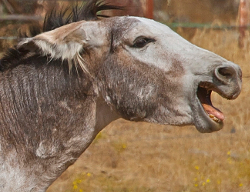 Warning, with no apologies: f-bombs. More than a couple. Because they’re honest.

Calls for and thinly veiled threats of Obama’s impeachment are surely old hat by now. You’ve got a cast of All Stars, led by Darrel Issa since 2010, with such helpful boosters as Michael Burgess, Jon Kyl, James Ihofe, Jason Chaffetz, Tom Coburn, Blake Farenthold, and Kerry Bentivolio since then. What a sorry sack of clownshit. You’d think with their exhorbitant salaries, the 7-digit millions of dollars between them from campaign contributions, and a couple of law degrees in the mix, maybe at least one of them might have found both a) Google, and b) a set of yarbles. If talk is cheap, these guys are having a fucking rummage sale.

The saddest of the lot simply has to be Bentivolio, with his comment of August, 2013:

“If I could write that bill and submit it, it would be a dream come true,” he said this month.

For $174,000 a year, you’d think this brain donor might have figured out that writing bills and submitting them are his damned job. There was, and is, nothing stopping him from exercising that prerogative. He’s hardly just some jackoff standing on a crate on a street corner, but maybe that’s the problem. If you’re in the House of fucking Representatives and bitching because you can’t write a bill, you should absolutely be standing on crates on street corners and not occupying one of the most important offices in the nation. Jiminy fuckin’ Cricket. What the hell?

Mind you, Tom Coburn ran a close second with this clever quip that same month:

“And I don’t have the legal background to know if that rises to ‘high crimes and misdemeanors,’ but I think you’re getting perilously close.”

Helloooooo, chucklehead! *knock knock* Have you looked around you lately? Have you ever wondered if maybe there’s a fucking attorney in the room with you?! Why the hell are you even in the business of making law if you can’t be bothered to educate yourself as to what legal words mean?

Seriously, I’m this close >< to actually being apoplectic instead of just putting on a show of it. What the every living fuck is the problem with these jackoffs?

Here’s a pro-tip, shitheads: Kucinich figured that shit out for you back when Bush was the Criminal-in-Chief. Fat lot of good it did, but Kucinich actually had the huge brass nards it took to work on articles of impeachment, actual ones, not wishful thinking if only I were in a position of power and could just DO something like a real lawyer would ones, and stood up in front of the nation and delivered the motherfuckers.

So here’s the deal, good folks on the right who wonder what the hell is wrong with this country. Sure, sure, you’ve got a lot to complain about when it comes to the left. They’re the Blue Team, after all, and you’re the Red. And yeah, yeah, impeach Obama. We get it. Hell, I want to see it happen, too. Thing is, all I have is this fucking crate on a street corner. Now take a good hard look at the guys you keep voting into office. All kinds of pretty speechifying and down-homey, wanna drink a beer with that guy rock solid American goodness.

Which one of them has your back on this issue? We’ll wait.

What’s that I hear? Someone in power finally taking the strong and principled stand for rule of law? For justice? For what good, flag-wavin’, beer-chuggin’, freedom lovin’ Americans want?

That sound you hear is the last gasp of a dead backbone seeping out of Congress’ collective bunghole like a rancid fart.

The Republican-controlled House on Tuesday pushed a resolution condemning President Barack Obama for failing to give 30-day notice to Congress about the exchange in May of American prisoner Bowe Bergdahl for five Taliban leaders held at the U.S. prison at Guantanamo Bay, Cuba.

Sure, the Dems get a couple of whiny quotes in the mix just to annoy you. That’s just part of the game. On the other hand, you’ve got such Tea Party Freedom Heroes as Louie Gohmert lookin’ out for your interests.

“What do you call somebody who breaks the law to release murderers?”

Maybe one day he’ll find a job better suited to his capabilities. Like playing Goober in a direct-to-DVD remake of Gomer Pyle USMC. After all, I think what folks on his side of the aisle have been agitating for since 2010 is to call Obama Mr. Ex-President. The way to get there is impeachment, not censure, don’tcha think?

One might think that for all the hot-shot big talk the Tea Party musters at its rallies, and for all the history-ignorant mushmouth gobbledygook that comes out of the mouths of their political darlings, maybe, just maybe at least ONE would have the courage to actually do the right thing. But no. Censure.

Keep up the great work, working class GOP voters. Keep voting these guys in and see where it gets ya. The other side already knows how that hopey-changey thing is working out…pathetically. How’s all that jingoistic bluster doing on your side? Millions spent on one failed attempt to repeal ACA after another. Millions more spent on a stupid government shutdown that got America’s credit rating dinged. More God, guns, and Bibles than you can shake a stick at. And you still can’t find even one Congressperson with the cajones to stand up in front of a crowd of people and just fucking introduce the articles of impeachment you want.

Remember how I mentioned Google earlier? Here. The justifications for impeachment have already been spelled out for you by the people who ought to have known best. You don’t even need a criminal act, and yet here you are with a President that has broken a law. And what do you have? A bunch of shit-for-brained jackasses getting paid big bucks to lie their way to your votes that, at the end of the day, pat themselves on the back for censure instead of getting the job done. Because hey, if only there were some attorneys there, or maybe someone could figure out how to write some articles of impeachment.

If this is the best you can do in Congress, I just can’t wait to see the collection of assholes that run in the 2016 primary. Don’t worry, I’ll vote for the biggest, baddest dipshit you can run over Hillary, any day. But I don’t hold out any serious hopes on that front. Just like you, I’ll be bitching about President Clinton the Second, but it’ll be because the Dems probably won’t do any damned better at running serious candidates to oppose her. So start practicing your Hillary insults. Odds are good you’ll be stuck with her for eight long, painful years. Why? Because if you can’t figure out how to get the current criminal out of office, you sure as hell won’t be able to pry her out.