Jansson’s brilliance is her understanding that the world of childhood and the world of adulthood are separated by the thinnest of distances – sort of an “It’s just a jump to the left” thing…. 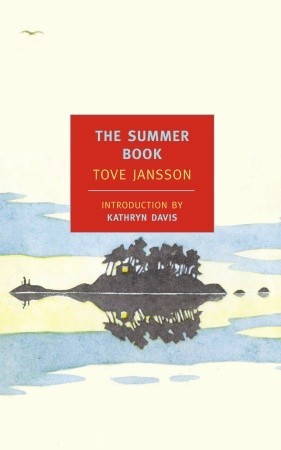 Once again my fellow “mad for reading” sort Wufnik got to me.

Wuf wrote an intriguing piece about the Finnish writer Tove Jansson, she of “Moomins” fame, who also had a significant career as a writer of works for adults. I was vaguely familiar with the Moomin books (terrific stuff for children and adults smart enough to realize that kids like the best stuff), but I had no experience with – actually, knowledge of – her work for adults. So after reading Wufink’s essay on the dreamlike, magical memoir Sculptor’s Daughter, I expanded my 2014 reading list yet again (I have got to do a post to share the added works I’ve been reading) to add one of Jansson’s works. My choice was one of Jansson’s earliest forays into adult fiction, the in-its-own-right dreamlike and magical (magical and dreamlike aren’t fair terms to use for Jansson, for she has those qualities in ways that make other writers see uncomfortably pedestrian – in fact, what she does probably should have resulted in the coinage of its own term – Janssonesque) work, The Summer Book.

The Summer Book is a work of fiction – to call it a novel would not be accurate, nor would calling it a short story collection be correct in any strict sense. The term vignette is most apropos, probably, but that implies a fleeting quality to each of the 22 brief  – tales. Tales is a good term, one that links Jansson to the writer I know most akin to her in storytelling – Isak Dinesen (Karen Blixen), the great Danish tale teller. While their subject matter is radically different, the spellbinding charm of the two writers as storytellers is such that reading one will remind one of the other.

The various descriptions of this book make the claim that the tales in The Summer Book occur over the course of one summer. That seems patently incorrect given that the stories begin with the words “one summer” on at least a couple of occasions and  one tale refers to a particular summer as “the summer of the big storm.” What seems to be the case is that Jansson has made all childhood summers into a sort of wondrous single summer in the mind of the storyteller – hence the inclusive title of this work. The Summer Book is about remembering – and remembering is an imperfect art.

The main characters in The Summer Book are three – the girl Sophia (modeled on the author’s niece); her grandmother (modeled on Jansson’s own mother who had recently died); and the Father ( a vague figure who works and smokes his pipe). Of these characters, Sophia is easily the most important for it is she who has, at the age of six, experienced one of life’s great traumas: “Sophia woke up and remembered that they had come back to the island and that she has a bed to herself because her mother was dead.” The setting is a small island in the Gulf of Finland a place, Jansson tells us, where “People…are always letting their eyes glide along the horizon.” Through the time the book covers (actually several summers, as I mention above) Sophia and her grandmother, in a series of brief tales, work through coming to terms with life’s great mysteries: loss and recovery (explained best in a story about angle worms and how, even after being cut in two, they find ways to mend themselves – even if that means that one is now two, much as the living and the dead, once one, must become two); responsibility and guilt (Sophia prays for a storm and a big storm comes that traps them on an island they are visiting and puts their lives at risk); self and other (in another tale Sophia insists upon having a school friend visit and discovers, though her friend’s misery, that “An island can be dreadful for someone from outside”); and, in the last tale, (called simply “August,”) that everything (and everyone) must come to an end.

One could go on and on about The Summer Book, its subtleties, its minimalist brilliance. The minimalism serves an important purpose: it allows Jansson to express the viewpoints of a small girl and of  an old woman with a balance that gives them equality without making the former seem older than her years or the elder younger than hers. The subtlety of the tales – that cover simple issues such as sleeping overnight in a tent, climbing a channel marker sign, using a piece of a loved one’s clothing as a security blanket – lies in the careful way the events related accrue to show readers how one overcomes grief, makes peace with oneself, learns and re-learns courage. We see that Grandmother’s world and Sophia’s world are really the same world – and that, as we grow up, we erect barriers where there are none. What Jansson conveys brilliantly in The Summer Book is that childhood and adulthood are of a piece: they are that experience we call life.