After all Facebook has done, there’s only so much a person can take. 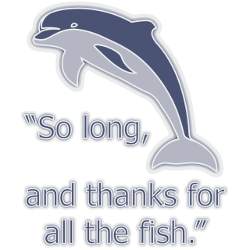 And kittehs. Can’t forget about the kittehs.

By now, anyone who has been paying attention is well aware of Facebook’s general user-unfriendly shenanigans, with the possible exception of Facebook’s support for net neutrality, to say nothing of all the minor aggravations users put up with on a daily basis…continually refreshing advertisements, live video popping up in the news feed, a news feed that doesn’t show you everything you mean to see, a newsfeed that occasionally reverts to Top Stories in spite of your every wish and command. Oh, but hey, there’s kittehs!

There’s the 2013 allegations of Facebook’s complicity with the NSA’s Prism program, and Zuck’s adamant denial.

And their 80% click-through by bots advertising fiasco.

And their horribly unethical human research, over which EPIC has now filed suit.

And the European class-action suit that revives allegations of Facebook/NSA collusion.

Just how much more can a user take?

Yesterday we learned from HuffPo that:

Facebook made a $10,000 donation in May to the reelection campaign of Utah Attorney General Sean Reyes, who has received national attention for fighting a court ruling that would make gay marriage legal in the state.

The article does go on to give space to Facebook’s response, to wit, we’re really LGBTQ friendly. We support LGBTQ-friendly candidates, too. We’re LGBTQ friendly in the workplace. This support is because Reyes is committed to “innovation and an open Internet.”

As David Holmes says over at pandodaily:

I get it — the fight over net neutrality will be instrumental in keeping the Internet as open to as many creators and consumers as possible, which is pretty important. But there are plenty of pro-open-Internet politicians, and not all of them are famous for shitting on the equal rights of American citizens.

Compromise is a natural part of American politics, and to expect to get anything done without giving up something to the opposition is naive. But equal rights for all Americans should not be up for discussion as a bargaining chip.

Even more to the point, I think one of the commenters on the HuffPo piece really hit the nail on the head:

This “issue” is about basic human rights . . . and by their donation, they’re working towards denying equality for all. There is no excuse they can hide behind.

Just as Hillary equivocates on her wavering views on fundamental human rights, and for that reason among many loses any chance of my vote, Facebook tries to evade the issue of fundamental human rights by cynically playing both sides against the middle in pursuit of what is likely most lucrative for them. Repeating what Mr. Holmes had to say, there are plenty of other candidates. They don’t need to support every pony in every race if doing so means they must also oppose human rights in Utah.

In the interest of keeping up with friends and acquaintances old and new, and of getting fresh content delivered conveniently to my screen on a continual basis, I’ve put up with a lot from Facebook. I’ve accepted my role as product, knowing that my every click on Facebook, and on countless sites around the web, feeds their enormous craving for raw data, the better to lure advertisers. I’ve made a tepid peace with the possibility of their collusion with the government, insofar as to take a stand against them on that front would require pretty much just unplugging in general if I aim at any kind of consistency. Hell, here I am blogging, and I even troll the State Department. If I’m not on a list by now, the nincompoops at the NSA aren’t doing the job we wish they weren’t doing on us, and if I am on a list, it’s hardly Facebook alone that got me there. Everything else they do, have done, are alleged to have done, and will probably one day be accused of doing largely seems to fall under the rubric of mild aggravation, never mind, as Holmes pointed out, their support of climate change deniers, which alone should maybe prompt a decision or three.

But as an advocate for human rights, and as a cis-gendered het male who believes government either needs to acknowledge all one-to-one (and arguably one-to-many/many-to-many) marriage or get the hell out of the marriage acknowledgement business, I finally feel Facebook has gone too far. If I’d known about the climate denialist support sooner, maybe I’d have been at this crossroads before now, but now I’ll never know. All I know is what is in front of me now.

What is in front of me now is that Facebook supports one type of couple getting tax breaks for being a couple, but not another type of couple. That Facebook supports the rights of some, but not all, couples when it comes to adoption, and thus would deprive children in need of loving homes from getting them. That Facebook thinks some couples should have visitation privileges in hospitals, but the pain and worry of gay couples matters less. That Facebook thinks some couples should share employment benefits, but that gay couples should be left to fend for themselves. The list of distinctions could go on and on, to nauseating effect, but I think the point is amply clear by now. Facebook, for the sake of a measly $10,000 donation, has made clear that when the chips are down, they will gladly, in a really gay-friendly rainbow-flag-flying fabulous kinda way, throw LGBTQ Americans under the bus in pursuit of their business agenda.

I’m sure you’ll miss me, Zuck. After all, with over a billion users, I was such a big part of your day, your data stream, your marketing machine. Supporting the denial of fundamental human rights for all Americans, as it turns out, was actually the last straw. I’ll be maintaining my account just long enough to notify those on my friends list that they can reach me here, or via email, or at LiveJournal, or in a number of other ways, but Facebook will no longer be one of those options. If anything, I should thank you, Zuck. I learned of your donation…on Facebook.

And ya know what? I’m actually going to miss Facebook. I’m going to miss the slice of life updates from my friends and acquaintances. I’ll miss the occasional joke, the snarky meme, the political insights, the kittehs and doges, the headlines I might otherwise have missed. That’s what makes this a sacrifice. What kind of sacrifice would it be if it didn’t sting?