Open letter to the United States Department of State

Post-Citizens United, if money is speech, then where does the Hedges v Obama case lead? 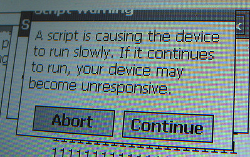 And by device, I mean government.

As concerned citizens are prone to do, we discuss matters of world import. Occasionally we come up with ideas, sometimes even good ones. To the extent that a proposal has arisen from one of those conversations, I would like to offer it for your consideration. Pending your response, I’ll postpone contact with the office of the President of the State of Palestine, Mahmoud Abbas, pertaining to the same proposal.

Insofar as the Palestinian government does not have a proper standing army, and insofar as its security forces have, to date, been insufficient in policing non-governmental militant forces, quite simply, the proposition is that the State of Palestine have a standing army charged with providing for its own common defense and establishing a genuine state monopoly on political violence. Said force would absolutely be responsible for the apprehension of Palestinian terrorists, but no longer to hand them over to Israel for prosecution, but to the International Criminal Court when the terrorist acts fall under the rubric of genocide, crimes against humanity, or war crimes.

Naturally, such a standing army would be an insurmountable economic burden to a people crushed by poverty and oppression.

To that end, I wonder as to the legality of a world-wide public fundraising campaign to assist the legitimate government of Palestine with the creation of a legitimate military force, and would appreciate your office’s advice re: same.

I must ask, because I am aware of our nation’s lack of either ability or desire to provide similar clarity in regard to the widely known case involving journalist Chris Hedges. Before I so much as enter a single keystroke at Kickstarter, I would like to know with certainty that such fundraising efforts would not run afoul of United States law, just or otherwise.

I look forward to your reply.