Campaigned on transparency, had a Bush administration assist, and still drops ball 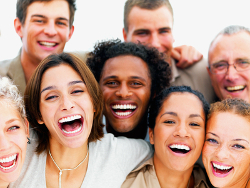 In 2006, Congress passed the Federal Funding Accountability and Transparency Act. President Bush signed it into law. From the USASpending.gov website, the law:

requires that the Office of Management and Budget (OMB) establish a single searchable website, accessible to the public at no cost, which includes for each Federal award:

USAspending.gov was first launched in December 2007 to fulfill these requirements.

Mind you, this doesn’t mean that the money itself has gone up in smoke. I think. It just means that we can’t account for it using the very tool Congress demanded and that the Bush administration implemented. I don’t think this would be an issue for President Obama except for two things regarding transparency.

First, remember how he campaigned on transparency? We could probably have a ton of fun going back over these promises to see where he’s fallen short in these last six years, but for now it’s simply enough to recall that he was all about the transparency, except for all those times since then that he’s led as opaque an administration as he could possibly manage.

Second, there’s the little bit of irony right in the USA Today article:

The White House itself failed to report any of the programs it’s directly responsible for. At the Office of National Drug Control Policy, which is part of the White House, officials said they thought HHS was responsible for reporting their spending.

Just imagine how much fun we’ll have when an Audit the Fed bill one day actually makes it through. “Couldn’t account for $619 billion? lulz! Those were the good old days!”

Of course, that will be the running joke only if people remember this. Which they won’t. One could hardly say the mainstream media is bending over backward to make us aware of this little blunder. Their representation in a search of the news is scanty at best.