Old news: the more one looks at the Israel/Gaza conflict, the older the news gets. 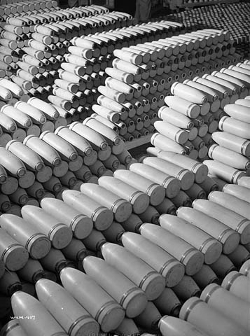 As a part-time blogger, it can be difficult to keep up with the vast amount of news out there, especially when some events move so quickly. That doesn’t mean I don’t try. Mainly it means I open more new tabs in my browser than my computer likes, and keep them open for days until I can finally get around to reading them. Today I have two articles that leave me shaking my head in dismay, both from The Guardian.

First, we hear from Dennis Kucinich with Crimes against humanity in Gaza: is it really a ‘buffer zone’ — or a bigger plan?

That whole article is well worth the read, but the long and short of it is that Israel needs energy desperately. Gaza could have energy to sell if only they weren’t being bombed into oblivion and having its territory reduced dramatically at Israeli whim. But Israel can’t let Gaza develop those fuel resources, because Hamas would make money. As anyone bothering to read more than one side of this issue knows by now, this is a longstanding and very complex problem not amenable to easy solutions. Fuel is old news, apparently, but new to me, and only serves to further complicate the matter. As usual, a search of Google news on an important driver in this matter exhibits a dearth of the major mainstream media outlets here in the US. This is all the more a pity when one considers that it’s American financial support that makes Israel’s continued asymmetrical belligerence against the Palestinians, under the current rubric of Hamas, even though it could just as well be any other variable. It hasn’t always been Hamas. It won’t always be Hamas.  They’re just the excuse for now.

So. Is it land? Is it natural gas? Cui bono certainly applies here as it does elsewhere. If only it were so simple as just resources, though. We still need to consider this:

In the wake of Operation Cast Lead, the Jerusalem-based Public Committee Against Torture in Israel (Pcati) found that the IDF had adopted a more aggressive combat doctrine based on two principles – “zero casualties” for IDF soldiers at the cost of deploying increasingly indiscriminate firepower in densely populated areas, and the “dahiya doctrine” promoting targeting of civilian infrastructure to create widespread suffering amongst the population with a view to foment opposition to Israel’s opponents.

This was confirmed in practice by the UN fact-finding mission in Gaza which concluded that the IDF had pursued a “deliberate policy of disproportionate force,” aimed at the “supporting infrastructure” of the enemy – “this appears to have meant the civilian population,” said the UN report.

Whatever the total and complete picture, how long will the world tolerate Israel’s war crimes? And how will we let our attitudes about war crimes affect our opinions of the other conflicts, small and large, raging across the world?