What if we treated our economy like a triage scenario? 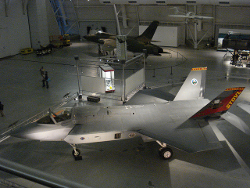 There’s been a horrible accident. One patient has a punctured lung. Another one has a grievous wound at the femoral artery and is bleeding out. Another has a serious spinal injury. Three others are milling about with, between them, a bruise, a splinter, and a hangnail. Quick, what do we do?

To listen to the chatter from a variety of news sources, and especially in comments sections all over the place, we should damned well be focusing on the bruise, the splinter, and the hangnail. That femoral artery guy? To hell with him.

Let’s take a look at just one detail from that article, the F35, which sucks so hard the DoD has suspended orders for further delivery of more of them (little things like catching themselves on fire are an issue) has already cost us $400 billion. $400,000,000,000.

CIS, a conservative immigration issues think tank, “estimates the total federal net cost of households headed by illegal immigrants at under $10.4 billion. The F-35 by itself is 40 times that much. For the cost of this one military boondoggle, we could take care of that particular immigration cost for 40 years and at least see some potential benefit for the money. But it’s easier to complain about how much the illegal immigrants are costing us than to take the military to task for its out of control spending frenzy.

The best quick and dirty estimate I can come up with of how much we directly spend on food, cash assistance, and housing assistance (i.e., “welfare”) comes to only ~$179 billion. By itself, just this one failed aircraft costs more than twice that, or two years worth of public assistance to those who most need it. Arguably, public assistance spending would do a far better job at protecting national security than making Lockheed Martin’s shareholders wealthy, but it’s easier for us to bitch about the poor deadbeats than it is to cut military fat. Remember, “there but for the grace of God go I.”

It would only cost the government (i.e., us, read: not free) less than $63 billion to make public college education free to students. Just this one piece of shit aircraft has already cost us more than 6 times that much. That’s six years of higher education. How many bachelor’s degrees could that have equaled? But it’s easier for us to bitch about giving away anything, especially to people who would turn around and use that education to improve the economy, at least in theory. They’d sure as hell do a better job of it than Lockheed Martin has.

What else do we like to bitch about when it comes to public spending? How much does it cost? What are the odds it costs anywhere near the cost of this one borderline flightless turd? At this point I don’t even want to think of how much more we’re flushing down the toilet when we could be rebuilding instead of lining the pockets of the parasites feeding off the DoD. We’re bleeding money and drowning in our own fluids, but let’s just take care of the splinters, bruises, and hangnails because at least we know what to do about those, right?