A look at America’s most important problem 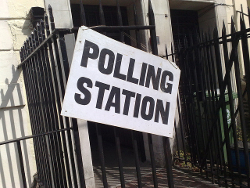 Gallup recently released the results of its periodic poll, “Most Important Problem.” Their detailed results can be found at the link. There were two questions:

What do you think is the most important problem facing this country today? [open-ended]

Which political party do you think can do a better job of handling the problem you think is most important — the Republican Party or the Democratic Party?

Now, before I get to far, I should mention that I don’t put a lot of stock in polls. Gallup may be as fine a polling group as any, but the field itself strikes me as the worst possible combination of three bad jokes.

There are lies, damned lies, and statistics. [often attributed to Mark Twain]

Someone asks an accountant, “what’s 2+2?” The accountant replies, “what do you want it to be?”

Someone asks an attorney, “what does this law mean?” The attorney replies, “That all depends. Who’s paying me?”

Why might I think that? Well, let’s start out by homing in on that second question. By phrasing the question as a black and white choice between the two major parties, Gallup, either by design or otherwise, sets the political agenda that those are the only two serious choices in this country. Now look at the percentage split there for July 7-10, 2014. 35% Republican, 35% Democrat, 29% Same/Other/No Opinion. 1% seems to have been lost, possibly as  rounding error. Consider: with the great amount of detail Gallup went into for the first question, categorizing answers into two broad categories, Economic and Non-Economic, and then each category into many particular answers, they clearly had a mechanism for taking the answers to the open ended question and normalizing them into the pat answers they tally. One person’s “it’s the illegals!” would be another’s “I believe our immigration system needs to be overhauled.” In Gallup’s results, this becomes, “Immigration/Illegal aliens.” Did Gallup forget that this approach would also work for the second question?

What part of that 29% replied Same? For that matter, what exactly does “Same” indicate, that there’s no substantive difference between the two parties?” What percentage replied with “Other?” Did some of those Others actually specify Green? Socialist? Tea Party? Communist? Libertarian? Constitution? What percentage had no opinion?

At least with a closed-ended question it’s easy to speculate as to agenda setting. With an open-ended question, we’re left to the whims and follies of the respondents. For the period July 7-10, 2014, 41% of responses fell into the category Economic Problems. 67% fell into the category Non-Economic Problems. At that level, it would appear that a clear majority of respondents feel that the overall economy is secondary in importance right now. It’s when we get into the nitty gritty that the picture becomes at least slightly more interesting. It’s difficult to ascertain any real trends when the range of polling periods provided is so small, from April 2014 through July 2014, but even so, one might get the feeling that something is going on.

Under Economic Problems, concern over the economy in general seems to have peaked in June after a steady uptick, but dropped with comparative significance in July. Unemployment seems to have “skyrocketed” in May, only to “plummet” back to April levels by July. Federal budget deficit/federal debt holds relatively steady with swings smaller by a couple of percentage points. “Lack of money,” on the other hand, started out “high” at 5%, then steadied at 2%, 2%, and 2%, respectively. Did some percentage of Americans suddenly not have a money issue? Is it a coincidence that the April poll was just before April 15, but the May poll might have allowed for more folks to have received their tax refunds? How was the gap between rich and poor steadily at 3% for three months, only to drop to 1% in July?

One might guess the news has something to do with it, but that’s only my guess.

Or is it. Remember, 67% felt that Non-Economic problems, net, were far more pressing. The trends in that category are perhaps far more telling. Immigration jumped from 4, 3, and 5% to 17%. Everything else in that category seems to have remained comparatively stable.

Might the media have had something to do with that perception?

For now, my last observation is simply this. When only 17% of the respondents can identify any particular thing as our most pressing problem, and that’s the highest percentage out of the entire poll, if there’s anything to these poll numbers at all, I’m guessing it’s that we, as Americans, completely suck at identifying the most important problems facing the country.

Once more, with feeling…might the media have anything to do with that?