Glenn Beck might be available for your call. Don’t delay. Dial now.*

Is there a word for espousing the practice of fine points of faith while breaking with the key themes? 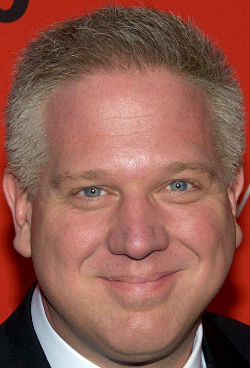 I realize my views on the following topic may well be considered heretical. I’m okay with that. The folks most likely to believe that about what I think and say hold views I’m likely to find heretical. I do hope you’ll pardon me for chiming in. I’m willing to bet I’m at least as qualified to weigh in on matters of faith as Glenn Beck is, so I see this as entirely fair game.

MA mayor: City to donate $5 for every angry, anti-LGBT caller Glenn Beck sends after us

If one had to guess, in a general way, the religion of the people who hate LGBT people, or at the very least, express anger to and about them, what would it be in the good ol’ US of A? In other countries, other religions might fit the bill just as easily, but I’m talking about here.

In what verse did Jesus explicitly say anything about teh gay?

But what did he explicitly say about anger?

So even if there’s a case against homosexuality (so-called), and I maintain from my own reading and years of deep reflection that the case is iffy at best, there is a clear case against anger. Me, I’ve got anger issues. I know it. But I also don’t tend to trot out my faith as the explanation for why I go about breaking far more clear-cut injunctions against other behaviors.

As with any group of people, there’s good ones and ones that perhaps need to work on it more. That last group just makes it rougher for the rest of ’em, whoever they are, because they make the whole group look bad. It defeats the overall message and intent. Worse, they way they’re pushing all of our social buttons, it’s almost like they are demanding the espousal of the One True State Religion. Be afraid. Be very afraid.

If we disagree on this point, that’s cool. I respect that, because it’s exactly this kind of difference in views on dogma and theology that make me, like the Founding Fathers, insistent on a wall between church and state.

Is just being gay a sin, even if one is utterly abstinent? I can find no satisfactory Scriptural authority on that other than Augustine’s discredited rendering of Paul to arrive at his development of “original sin,” by which notion just being carries with it the grave fault passed down to us as our heritage. That would apply to all of us, not just our gay brothers and sisters. (My apologies for using hamfisted cis-gendered het-speak here. I beg your indulgence.)

Lust itself is called out by Jesus, but notice something interesting here:

Matthew 5:28 but I say to you that everyone who looks at a woman with lust for her has already committed adultery with her in his heart. (NASB)

For the guy whose word is Law, did he commit some sort of divine error by failing to mention that it’s possible for someone to look on a man with lust, even if that someone is a woman or another man? Beware the slippery slope upon one might slight to make that assumption, unless you’re okay with an “inerrant” and “inspired” Scripture that includes errors of omission. Maybe this injunction could include women looking at women with lust. Even if we stretch it to accommodate all possible permutations of lustful glancings, he makes it clear, as he does elsewhere over and over again, that it’s the sin in the heart that comes first and still counts against a person. I’d hazard to guess that the vast majority most up in arms about teh gay are casting about looking for motes when they’ve got plenty of beams about which to worry. Lust, irrespective of gayness, is prior and of greater concern.

But what about the actual act of doing the gay with someone (allowing for all manner of possible gender and anatomy combinations here)? What if someone is gay but has het sex but isn’t bi? Is that actually some form of gay not addressed insofar as sex is had with someone for whom one doesn’t tend to feel attraction? In any event, sex is a behavior. Should one check my link above at “iffy at best,” one would find my previous dissection of that issue wherein I conclude that there’s plenty of reason to think that, at least as Gentile converts to the faith are concerned, we’ve got far bigger fish to fry. To wit, Peter, having consulted at Paul’s behest with elders and inspired by the spirit only came up with four things from which the Gentile converts must abstain. Gay sex didn’t make the cut.

I’ve had to assume a great deal and beg a lot of questions to arrive at this point, historicity of Jesus perhaps first and foremost among those points. When I accept on faith/for the sake of argument that these are his words, and that there’s ultimate authority vested in them, I can only conclude that this is the litmus test by which all persons of genuine Christian faith must measure their actions, whatever other Scriptural authority they refer to for justification. If, in order to fulfill another dictum, one must break either of these two, one is doing it wrong. Full stop. Don’t pass go. Don’t collect $200.

One might note I had the temerity to make a claim as to what constitutes genuine Christian faith. Take umbrage if you will, but [author spreads arms expansively as though to indicate the four quarters of the world] you’ve got a lot of people ahead of me to take to task, starting back with Irenaeus, if not earlier. Or maybe you could return Mr. Beck’s favor and give him a call at:

It’s his radio call in number, not a customer service number, so just patiently explain to whoever answers the phone that you wonder if he’s in so that you can connect with him about the error of his ways. For a believer, it might be a matter of life and final death. There’s Good News for him. The kingdom of heaven is at hand. All he needs to do is repent of his long campaign of false witness and incitation of strife, cf. Romans 13:13-14. Don’t judge. Just do him a favor and call. According to his own concerns for faith and the state of other people’s souls and their free expression of faith, untrammeled by government, one must only assume he has concern for the fate of his own. He needs to hear from you.

If you can’t reach him by phone, you might try the various ways he connects with his fans here.