The future of the World Cup: three burning questions

World Cup 2014 was a great one. But what does the future hold? 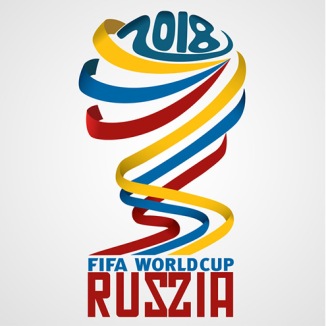 Copa Mundial 2014 was a wonderful tournament, despite the bad officiating, diving and cannibalism. We saw the emergence of new stars (what do you mean it’s pronounced “Hahm-es”?), brilliant swan songs by old stars (here’s to you Miroslav Klose), dramatic overachieving (hail Ticos!), epic flame-outs (remember back in the old days when Spain was good?), spectacular individual performances in service of doomed causes (Memo Ochoa and #thingstimhowardcouldsave come to mind) and a whole lot more. Best of all, in the end the best team won.

Now we look ahead to 2018 and beyond with a series of questions on the mind of every avid football supporter.

1: Who’s the best team to have never won a World Cup? Good question. The answer … well, it depends what you mean.

If you’re talking about historically – as in, who has had the greatest success without reaching the promised land – then the answer is clearly the Netherlands. They reached the finals three times, losing in 1974, 1978 and 2010. Honestly, nobody is sure how they didn’t win at least one of those tournaments in the ’70s – that was the era of “total football” and those sides were brilliant. Add to this tally two more trips to the semi-finals – 1994 and this year – and the case is pretty clear: no national side has enjoyed more World Cup success through the years without actually winning.

If, on the other hand, you mean who’s the best team right now that hasn’t won before, that’s a different proposition. The Dutch have lots of emerging young talent, as we saw, but their core is mostly done. Van Persie, Robben, Sneider and Huntelaar are all 30. Vlaar and de Jong are 29. So if any of them make it back in four years they’ll be deep into the back nine of their careers. And Dirk Kuyt is 33, so we’ve seen the last of him for sure.

Part of me wants to say Croatia, but with players like Modrić and Mario Mandžukić in their primes, you can’t help feeling that this was their shot.

Columbia has to be a popular choice. They’re talented and feature a young core led by breakout star James Rodríguez, so they might well be worth watching in 2018.

On paper you’d think Ghana would be a possibility, too, but the drama that surrounded this side makes you wonder if there are deeper issues within the national infrastructure that are going to leave them an underperforming enigma in the future.

In the end, though, I think the obvious answer has to be Belgium. That roster is utterly terrifying, and a good chunk of the key talent – players like Romelu Lukaku, Eden Hazard, Adnan Janusaj, Axel Witsel, Divock Origi, Kevin De Bruyne – is going to be in its prime in 2018 (or even 2022 – the young talent on this roster is staggering).

The question that lingers is toughness. In truth, they should have done better this year – semis, at least. If they arrive in Russia with a mental fortitude that matches their physical capabilities you’d have have to be crazy to bet against them.

You mean besides Belgium?

Well, Germany spent several years developing and refining a national infrastructure aimed at doing precisely what we just saw them do, and if I might be forgiven a moment of broad cultural stereotyping, organization and infrastructure is something the Germans have historically done very well.

Now, have a look at the roster that just won last Sunday and tell me what you see? Captain Phillipe Lahm, who’s 30, just retired from international duty, and those are big shoes to fill. Bastian Schweinsteiger, Lukas Podolski and Per Mertesacker are 29, but none of them are going to be irreplaceable (although Schweinsteiger is an absolute warrior and his spirit was important to the 2014 campaign). Klose is gone, of course, and Mario Gomez, the country’s top striker (who missed the Cup due to linger fitness issues) is also 29. The rest of the side? Prime of their careers in 2018. One assumes the team will scrape up a few new stars between now and then, and the result should be a strong bet to repeat.

There are other teams out there who you’d expect to be very good. England ought to be dangerous, given its emerging youth corps. Ghana … maybe. Some of the usual suspects – Italy, France, Argentina, Uruguay – may pull it together by then, although I’m not so sure about Spain. It’s going to take them two more years to realize that it wasn’t the system after all, it was Xavi and Iniesta all along. Brazil I’m not so sure about. They always have talent, but at this stage they have a very large challenge associated with deciding what the national character is going to be, and I simply don’t know that four years is going to be sufficient time to sort it all out.

In other words, if I’m a betting man, my money is on a Germany/Belgium final in Russia.

3: What federation will be the next to produce a champion? There have been 20 World Cups. The winners look like this:

If you’re counting, that’s nine for South America (CONMEBOL) and 11 for UEFA (Europe). Which is another way of saying none for CONCACAF (North and Central America and the Caribbean), none for AFC (Asia), none for CAF (Africa), and certainly none for OFC (Oceania). Not only that, none of these confederations have ever had a team make the final, and only twice in history have they so much as had a team earn its way into the semis – the US in 1930 and South Korea in 2002.

We’re deep into Washington Generals territory here, folks. So, which of those regions is most likely to break Europe and South America’s domination?

Before this year’s Cup I would likely have said Africa. While they haven’t actually forced their way past the quarters, there have been some outstanding sides from places like Ghana, Cameroon and Senegal. Not so long ago, I even predicted that 2014 was the year. But we saw a lot of disarray from Ghana and Cameroon, and while Algeria acquitted themselves nicely, they’re nowhere near doing much more than they did this time around.

In a nutshell, African nations aren’t blessed with the kind of cash to spend building programs and infrastructure that you find in Europe and South America, and that lack of organizational heft is going to make it difficult to sustain the sort of success at all levels needed to ascend to the upper tier of international competition.

Asia? Well, I’m not an expert on Asian football. South Korea, Japan, China and Australia are the places you’d think best suited to an eventual run up the world rankings, but nothing we can point to suggests that such a run is imminent.

Which brings us to CONCACAF, which had a pretty good showing this year. Mexico may or may not have gotten jobbed by the Diving Dutchman, Arjen Robben, in the quarters, and the US looked more than respectable in escaping the group of death. Costa Rica surprised everyone (although anyone who watched them in qualifying probably wasn’t that surprised), making the quarter-finals. And frankly, if you’re watching closely it’s clear that the rise of the Americas (North and Central divisions) is no fluke. The US continues to build momentum and current coach and technical director Jurgen Klinsmann is a dedicated infrastructure builder (being German and all). Mexico has always had talent. And the rest of the region is catching up. Heck, had the US not been so damned determined in extra time in a meaningless qualifier, Mexico would have been at home in favor of a solid Panamanian side.

All of this adds up to trajectory. I don’t see anyone from CONCACAF winning in 2018, but if one of these teams – most likely the US – makes some late-round noise in 2022 I won’t be surprised. All in all, of the remaining confeds that haven’t won a Cup, CONCACAF is the one that seems headed in an upward direction.

A final note. It’s important to note the critical contribution that the MLS has played in boosting the fortunes of nations around the region. The league wasn’t chartered just as an American league – it was specifically created to serve as the magnet league for everyone in CONCACAF (except Mexico, which already has a decent league). 31 MLS players were named to eight Cup rosters, including three of the regional entrants – the US, Costa Rica and Honduras. MLS players are key members in several other CONCACAF squads, as well. As MLS continues to improve – and while it’s not in danger of becoming one of the world’s top five leagues, make no mistake, it is improving, and rapidly – expect teams from this part of the world to go deeper and deeper into future World Cups.

A CONCACAF side lifting the world’s most prestigious trophy? When, not if.