If revoking corporate charter is capital punishment, this might be genocide

And I’m okay with that 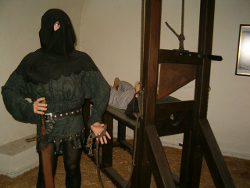 Last Thursday, John Nichols, writing for the Nation, reported on some stellar news. It sounds like, for once, something major, some positive, actually got traction in the Senate and might be moving forward. “What’s that?” one might ask. That would be an amendment that will (or at least should) reverse the damaged caused by the Supreme Court’s Citizen’s United ruling, among others. Naturally, there’s more to it, but that should certainly pique one’s curiosity enough to click through and see what Mr. Nichols had to say on the matter.

That this amendment was endorsed by the Senate Judiciary Committee 10-8 on Thursday is, in an age of never ending gridlock, just the most incredible thing I’ve heard coming out of government in a long, long time. Lest I get my hopes up too far, I must remind myself that Democrats have a history of seizing defeat from the jaws of victory. We need to do everything we possible can to make sure that doesn’t happen this time. If there was ever a time to contact your Congressperson and write letters to the editor, that time is now. My own gut instinct is that should we prevail and see this amendment through to ratification, many of our other social ills will finally get their chance to wither and die on the vine.

Truly, if revocation of a corporate charter would be capital punishment, ending corporate personhood once and for all would be the first, and hopefully last, time in the entire history and future of mankind where genocide could conceivably be a good thing.