Breitbart & Gawker, match of the century?

Wherein I try for a more evenhanded tone 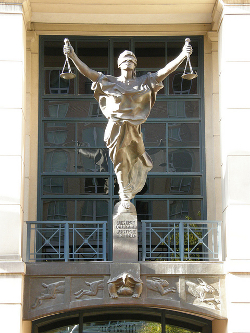 ICYMI, Breitbart recently engaged in the kind of, how should I put it, less than rigorous journalism that many have come to expect of the source. In this case, the effects would be downright comical if not for the radical xenophobia espoused by their sources and the author. Naturally, with “border crisis” being the cause du jour, in between assaults on women’s rights and genuine religious liberty, this story involves the border and what was found there.

“That’s when I saw this thing laying around. And I was like, ‘What the hell is that?’ We walked over there and I didn’t really want to pull at it not knowing what was on it. I poked a bit at it with a stick and noticed some of the Arabic writing and was just like, ‘Oh boy.’ I snapped a couple of photos and then went on our patrol.”

Of late, I’ve taken to communicating, no, really, actually communicating with a colleague on the conservative side of the aisle, though I don’t know that it would be fair to consider him conservative, per se. Perhaps libertarian? If so, it’s a type with which I remain personally unfamiliar. I just don’t know. Neither of us are big on adopting labels. The closest I get to one for myself is radical independent. I know quite a few libertarians, none of whom really seem to think that the rights for which they agitate ought to be limited to any particular demographic. As we know there are plenty of others who have adopted the term for themselves, but I’m not sure I’d call what they seek genuine liberty if it diminishes the freedoms of others.

Anyone, I really wish I could find an article on this border find that shares the details that need sharing but that could skip the inflammatory insults, because the tone of the articles I’ve found so far will only put conservative and otherwise allied readers off. So I’ll refer directly to the Gawker article, because they’re the ones who broke the “fact-check” version of this story. The tone is completely hostile to our fellow Americans, just the conservative ones.

Here’s as civil a summary of the Gawker article as I can muster. Honestly, it’s a pity I feel the need, because the author really cuts loose with a certain humorous and ascerbic aplomb.

First, when sharing news, it’s abundantly important to consider the source, and the source’s history of pushing fact and/or fiction. Breitbart occasionally runs some really good material, but has a sufficient history of running with either errors, distortions, or lies that any reader interested in truth should proceed with caution. Granted, that applies to big sources like the New York Times, as well. Breitbart just has a special history of it.

That’s okay, though. They’ve got a readership to please and ad dollars to make, and they clearly have marked out their territory. For all I know, they, like Rush, just consider themselves peddlers of entertainment, so it might not be accurate at all to assume this is “news.”

When Kerry Pickett opens the article talking about Mr. Leber and his organization, American Patriot, Three Percent he provides the reader (as do all journalists and/or entertainers) an opportunity to ask, “What is the quality of this source? Who are they? What do they do? Why is their analysis valid?” Mr. Pickett links to APTP’s Facebook page in aid of that goal.

To avoid any whiff of partiality on my part, I would just suggest looking up American Patriot, Three Percent on Google. In fairness, I’ll say that those who support Cliven Bundy will feel reassured. Those who oppose will probably think, “that figures.” In any event, when measuring the impartiality of a source, it’s important to note if that source has a particular agenda. Pro or con, it’s safe to say that III Percenters have an agenda.

I actually can’t speak to the military intelligence expertise of the “American security contractors” Leber refers to, as they are never named. From the context, it’s safe to assume they aren’t directly affiliated with “border patrol” as the contractor refers to them in the third person. The contractor describes the circumstances leading to his not entirely peculiar discovery. This is the point where Gawker proceeds to have a bit of fun at his and Breitbart’s expense because what the “security contractor” believed to be a “Muslim prayer rug” turns out to be nothing more unlikely than soccer-themed sporting apparel. I don’t know what this contractor thought he saw that resembled Arabic writing, but it is certainly not evident in the photo posted at Breitbart.

Now, here’s one thing I see as a real tragedy. Given the history of this debate and of various independent groups of vigilantes getting up to all kinds of shenanigans along the border, I expect a certain degree of xenophobia and flat out ignorance. From Breitbart, I expect exactly the kind of fear-mongering we see in play here. What I fail to understand is this: where are the genuinely concerned conservatives calling for an investigation into what this “contractor” allegedly found? After all, he and Breitbart are doing their level best to whip up all manner of frenzy over this soccer jersey qua Muslim prayer rug. If he honestly believed that to be the case, and, however ignorantly, believed such a find along the border is perhaps evidence of terrorist incursions into the United States across the border, why didn’t he stay right the hell there and radio his find into to actual government officials? Why did he tamper with what he believed to be a crime scene? Why did he perhaps contaminate the scene by mucking around in it? Why in hell would a truly freedom-loving, flag-waving American leave the goddamned evidence right where he found it?

In my less than humble opinion, I think it’s high time AG Holder took Breitbart up on its constant challenges. He needs to open an investigation into what exactly happened here. We need names, dates, testimony, reams and reams and reams of testimony, implicating every single dipshit involved in tampering with this by-God gen-ewe-ine crime scene and, absent ever locating the evidence they claimed to have found, consider the very real possibility that maybe, just maybe, these “contractors,” colluding with Breitbart, might, maybe, we’re just speculating here, be colluding with homegrown terrorists to plant a false rug, erm, engage in a false flag, no, wait, to aid and abet and lend comfort to the enemy by letting them slip right through their ever-vigilant hands.

*nods* That’s what we need.

That said, all lampooning aside, here’s the deal. I do believe that the US/Mexico border poses a real national security concern. Here are the findings of the National Consortium for the Study of Terrorism and Responses to Terrorism as reported to the Department of Homeland Security in 2012.

We, all of us, should absolutely keep beating the drum for greater border security measures in keeping with the proportion of the risk represented, but as Truth, Justice, and American-way (whatever that means) Americans, we need to be careful that we do it on unimpeachably valid grounds lest we hand opposition commentators free ammo. I’m lookin’ at you, Breitbart. When articles like this turn out to be false on their surface, it only plays directly into the liberal GOTV hands. You just know that pictures of soccer jerseys and pure, hysterical mockery will be part of 2014 midterm election campaigns where anyone who makes suggestions like this will be made out to be fools.

Breitbart, why, oh why are you aiding and abetting your political foes on the left?

In the header, I suggested I’d try to handle this in an evenhanded manner. I’m still not sure I failed. I believe, and this is a deeply held conviction, that there is a constellation of various ideologies and heresies parading as Christianity that tend to congeal around a certain type of activism in this country. So I’d genuinely like to know, where are the real conservatives calling out this bullshit for what it is? Where are the official and sanctioned Christians calling out the anti-Christian hatred and life-and-love negating proclivity to violence found among these people who just love to wrap themselves in flags and cherry-picked passages of the Bible? And if there’s going to be so much cherry-picking, why on earth can’t they just cherry-pick the core, essential tenets laid out very directly in, you guessed it, Matthew 25:31-46? What would Jesus do, indeed?