BBC wises up on Climate Science 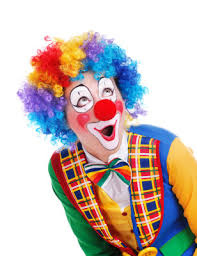 Last year we bemoaned the fact that the BBC, which we do love dearly in spite of its occasional faults, was consistently blowing it on its climate change coverage. This has been, in the past, for reasons of “balance.” It may also have been the direct or indirect result of the political and “scientific” views of David Jordan, the BBC’s head of editorial standards, reputed to be a climate change “skeptic.” At least this was the theory put forward by Guardian commentator John Ashton. Whatever the case, it was embarrassing, and starting to compromise the BBC’s reputation for scientific coverage.

Hah. It turns out some folks at the BBC Trust seem to feel the same way as we do. And The Telegraph, in a story that Science Correspondent Sarah Knapton obviously enjoyed writing, and that the headline writer had a fun time with as well, provides us with the scoop: “BBC staff told to stop inviting cranks on to science programmes.” 200 staffers are now going to training on issues where the scientific consensus is settled, and to learn “not to insert ‘false balance’ into stories when issues were non-contentious.” And the BBC trust was not alone. In April, the British Parliament’s Science and Technology Committee came to a similar conclusion—the BBC’s coverage of climate change science was lamentable. As Jim Meyer over at Grist points out, the British Government has long accepted climate science, and the BBC was out there looking foolish.

So we’re glad to see that the old regime, if that’s actually what it was, will longer be acceptable, at least at the BBC. This has led to more hilarity, of course. Nigel Lawson, who used to routinely make an appearance to challenge climate scientists, is now complaining that the BBC not inviting him around any more to prattle away is censorship, dammit. Really, just shut up, Nigel, you old crank. You’ve still got The Mail.