Open letter to Mark Zuckerberg: you owe us one hell of an explanation 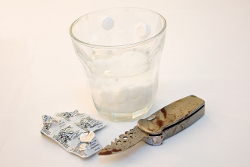 Did Facebook’s scientific study contribute to user suicides? We’ll never know, but statistics demand that we ask the question.

As the title of this post indicates, you owe us one hell of an explanation. Indulge me, if you will.

As you are undoubtedly aware, your company, Facebook, recently had a scientific study published online in the Proceedings of the National Academy of Sciences of the United States of America (PNAS). I would naturally assume, social media being your element, that you are aware of a degree of outcry about the ethical lapses that appear evident in your study’s methodology. I doubt you registered my own outrage, so ICYMI, here it is.

A key element of my expressed outrage is this:

Did you know that you were consenting to have your emotional state manipulated?

How many wives got black eyes after this experiment?

How many road rage episodes were triggered?

How many razor blades went from bad idea to suicide attempt?

As I noted to a commenter on my post, “I know I tend to exaggerate a bit here and there in my overall writing to make a point, but I really don’t think this is much of a stretch when the sample size was so huge.”

Allow me to explain.

A proper statistician would have my head on a pike for the following sloppy napkin math, but I think somewhere in these loose numbers there’s something horribly suggestive about the likely outcome here.

In 2010, there were 38,364 suicides in the US. Rates of suicide vary significantly among age groups, so I’m entirely unclear how one would pair suicide rate overall with any comparison to the Facebook study’s N of 693,003. That, and it’s believed that, for a host of reasons, suicide is under-reported. Dirty napkin math leaves me starting here.

Overall suicides as a percentage of population: .01%

Clearly I can’t legitimately generalize from these numbers to an actual rate of suicide among Facebook users. But in searching for info on that front I just encountered an added alarm-raising and disturbing feature of this study. From the study:

“People who viewed Facebook in English were qualified for selection into the experiment.”

“Participants were randomly selected based on their User ID, resulting in a total of ∼155,000 participants per condition who posted at least one status update during the experimental period.”

There is no mention of eliminating participants based on age! To be sure, I searched for the following terms: child, teen, youth, minor, and age. Nothing. From what I can see, there is nothing to suggest that this study didn’t include minors, a group that poses a significant enough risk of suicide, that this is news: Social media raises fear of teen suicide contagion, May 3, 2014, USA Today. That and Facebook is concerned enough about the overlap of suicide and Facebook usage that Facebook partnered with the National Suicide Prevention Lifeline in 2011.

69. The number of suicides that, if the percentages actually scale down as my napkin math suggests, would occur inside a calendar year among an N of 693,003. What are the odds that this number holds? That at least one “participant” did or will commit suicide? Even worse, that such suicide might have been a minor? Is that a chance you or anyone should have taken?

If I’m off by an order of magnitude, we’re only talking about 7 suicides.

If even that is off by an order of magnitude, we’re still only talking about maybe one.

Not knowing truly can be worse than knowing.

On that note, I have a special request to any parents who should read this. Heaven forbid you either are currently dealing with unimaginable grief due to the loss of a beloved child or that you will at any point in time, but please, if your child has committed suicide and was a user of Facebook during the week of January 11–18, 2012, please let us know and consult with your attorney. Mr. Zuckerberg  might especially owe you an explanation.

Thanks to an astute reader, I’ve learned that my dirty napkin math was dirtier than anticipated. In my haste I zigged a decimal point when it should have zagged. Corrected numbers are now reflected in the post.