Nuclear weapons are an aging society, too 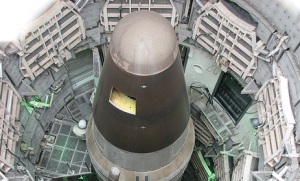 In 2004 anthropologist Joseph Masco wrote a seminal article for the August issue of American Ethnologist titled Nuclear technoaesthetics. He followed that up with a book titled The Nuclear Borderlands: The Manhattan Project in Post-Cold War New Mexico (Princeton University Press, 2006). In his article, which addresses, among other things, the effects on the mentality of nuclear scientists after nuclear testing was banned, he reproduces the thoughts of a former deputy director of nuclear weapons technologies at Los Alamos National Laboratory.

For 50 years the Nuclear Weapons Program relied on nuclear testing, complemented by large-scale production, to guarantee a safe and reliable stockpile. New weapons were designed, tested, and manufactured on a regular basis. If [they] discovered a defect, its significance could be established by nuclear testing. If the defect was serious, it could be repaired by the production complex. Even if the defect was not significant, the weapon was likely to be replaced by a more modern system in only a few years. As the stockpile ages far beyond its anticipated life, we can expect a variety of defects which will break the symmetries which were used in the design process. This means that weapons gerontology is far more challenging than designing new weapons. We are sometimes accused by anti-nuclear activists of wanting [new] facilities … in order to design new weapons. My answer is that we know how to design new weapons. But we do not know how to certify the safety, reliability and performance of weapons as they age.

Weapons gerontology is far more challenging than designing new weapons. Instead of continuing the evolution of the bomb through new warhead designs, weapons scientists have become gerontologists, involved in studying how nuclear weapons age. Whereas the Cold War experimental regime was based on the planned obsolescence of each weapon type (and an accelerated timetable of development), the SBSS [Science-Based Stockpile Stewardship] program is designed to keep the current U.S. nuclear arsenal viable indefinitely. If the Cold War program speeded up time through constant production, as scientists rushed from one test to the next, the immediate post–Cold War project became to slow down time, to prevent nothing less than aging itself.

… a kind of technological cryogenics in which both bombs and the knowledge of bomb makers could be put into a deep freeze at 1992 levels, to be thawed in case of future nuclear emergency. The inability, however, to stop time completely in Los Alamos—to keep bodies and machines safely on ice—promoted ‘‘aging’’ as the major threat to U.S. national security after the Cold War. The arms race may be on hold in post–Cold War Los Alamos, but a new race against time is at the center of the laboratory’s nuclear mission, a programmatic effort to endlessly defer a future of aged, and perhaps derelict, U.S. nuclear machines.

The vulnerable body, carefully scripted out of the Cold War experimental regime of underground testing, has also returned to the discourse of Los Alamos scientists. But the body in question is not the human body threatened by the exploding bomb; it is the bomb itself as fragile body, exposed to the elements, aging, and increasingly infirm. Within this post–Cold War program of weapons gerontology, nuclear weapons have ‘‘birth defects,’’ require ‘‘care and feeding,’’ ‘‘get sick’’ and ‘‘go to the hospital,’’ get regular ‘‘checkups,’’ ‘‘retire,’’ and have ‘‘autopsies.’’

This use of productive bodily metaphors for supremely destructive technologies, which runs throughout the U.S. nuclear project, has always been part of the larger cognitive process of domesticating nuclear technology and giving machines a ‘‘life course’’—literally, translating nuclear weapon time into human time.