John Edward Williams’ Stoner and the Glory of Realism… 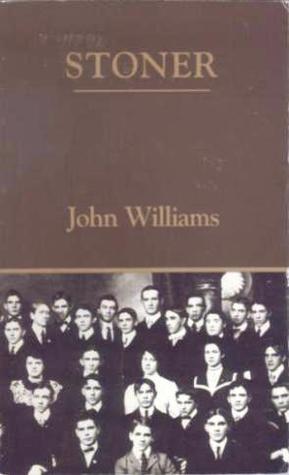 Modernism was a funny period. It fostered experimentation in every genre of the arts (about which I have written before) and brought us numerous “isms” – Dadaism, Abstract Expressionism, Minimalism. It also brought, as I have also noted, the “academicization” of the arts, particularly after World War II. Modernist works in every branch of art – music, visual art, literature – are most clearly characterized by difficulty posed to the listener/viewer/reader. Whether the dissonant 12 tone compositions of Schoenberg, the seemingly chaotic drip paintings of Pollock, or the stream-of consciousness narrative experiments of Joyce/Woolf/Faulkner, Modernist artists sought to force readers to be aware of their engagement with art – whether they appreciated that engagement or not.

The successor to Modernism’s rigorous challenge to the audience was, of course, PoMo, post-modernism, perhaps best exemplified in the attempted elevation of the popular and commercial as art. The problem with post-modernism is that its “anything can be art” ethos can be (and has been) easily abused. The expression of this in literature has been the elevation of popular genre fiction (science fiction, fantasy, detective works for example  – sometimes justifiably, sometimes unjustifiably) to the level of serious literature.

What has been lost in these shifting currents of artistic movement is a profound, enduring current that has been represented, especially in the PoMo period, probably best by the work of creative writing programs (a graduate of one myself, I have not been kind to them). That current is  realism. (Not that it hasn’t been represented elsewhere in the arts ever since its emergence as a movement – for every Pollock, there has been a Hopper; for every Schoenberg, a Copland; for every Faulkner, a Farrell.)

As we have recently discovered, and as the always insightful Wufnik has noted, for every Pynchon, there is a John Edward Williams. Williams’ Stoner is as superb an example of American realism as anything by Twain, Howells, or Henry James.

Stoner is a contender for the finest novel of the 20th century; indeed, as one reviewer has noted, “John Williams’s Stoner is something rarer than a great novel – it is a perfect novel, so well told and beautifully written, so deeply moving, that it takes your breath away.” There is only one American novel that usually receives such rarefied praise: The Great Gatsby. Another insightful essayist has noted, “You could almost describe it [Stoner] as an anti-Gatsby. I suspect one reason Gatsby is a classic is that, despite his delusions and his bad end, we all secretly think Gatsby’s pretty cool.”

No one would think William Stoner is cool. Although, like Gatsby, he rises above a hard scrabble Midwestern background to achieve a degree of success, there is nothing to make the reader think of Stoner that way. His escape from a dirt farm in Missouri to the state university, where he eventually becomes a professor, is, to be kind, accidental. Stoner is no Jay Gatz, determined, ambitious,  planning his escape from poverty and modeling his behaviors on Benjamin Franklin’s. His attendance at the University of Missouri is originally intended to aid his parents: his father sends him to the university to study agriculture so that he can return to the family farm and help improve his family’s lot. But during his sophomore year he is inspired by a professor, Archer Sloane, and by great literature. He abandons agriculture for an English major. He overcomes his qualms (though these are rather minor) about deserting his former studies (and his family). When his parents come to Columbia for his undergraduate graduation, he breaks to them his decision to remain at the university pursuing first a Master’s, then a PhD. As bewildered and uncomprehending as old Mr. Gatz at Jay Gatsby’s funeral, Mr. and Mrs. Stoner accept their son’s leaving them with gentle resignation.

Stoner pursues his graduate studies with competence and dogged determination. His decision not to participate in World War I in order to continue his studies is the antithesis of Jay Gatsby’s heroism (though Gatsby’s tales of his WWI exploits are reported through the unreliable Nick Carraway and are an attempt to seduce us into Gatsby’s illusions about himself and about life):

He thought of the last two days, of the silent struggle that seemed toward no end and no meaning; he thought of his life at the University for the past seven years; he thought of the years before, the distant years with his parents on the farm, and of the deadness from which he had been miraculously revived….He felt no guilt for his decision [not to enlist], and when conscription came he applied for his deferment with no particular feeling of remorse….

After the war, doctorate in hand, Stoner begins his teaching career – a career that will last more than 35 years. It takes him years, but he becomes a good teacher. But, as Williams tells us from the outset, even this is, by the measures of the world he has dedicated himself to, a failure:

An occasional student who comes across the name may wonder idly who William Stoner was, but he seldom pursues his curiosity beyond a casual question. Stoner’s colleagues, who held him in no particular esteem when he was alive, speak of him rarely now; to the older ones, his name is a reminder of the end that awaits them all, and to the younger ones it is merely a sound which evokes no sense of the past and no identity with which they can associate themselves or their careers.

He falls in love, but the woman he marries turns out to be a capricious, unhappy person who projects her unhappiness onto Stoner’s life. He has a daughter, his only child, but his wife spoils that relationship. He and a graduate student fall in love, but an English department rival threatens to ruin both their careers and they part. His difficult marriage and his departmental feud undermine his scholarly career and he publishes only one book. Finally, as if this unrelenting unhappiness is not enough, as Stoner reaches the end of his career, he is stricken with cancer and dies before he can return to his scholarly work in the peace of retirement. At the end of his life, alienated from wife, child, his few friends, Stoner is left with the only tangible representation of his life in letters – his one book:

He let his fingers riffle through the pages and felt a tingling, as if the pages were alive. The tingling came through his fingers and coursed through his flesh and bone; he was minutely aware of it, and he waited until it contained him, until the old excitement that was like terror fixed him where he lay. The sunlight, passing his window, shone upon the page, and he could not see what was written there.

The one thing that has sustained him and given his life meaning – his love of and study of literature – then leaves him even as life does:

The fingers loosened, and the book they had held moved slowly and then swiftly across the still body and fell into the silence of the room.

What makes Stoner an exceptional work – and a rival to The Great Gatsby as America’s most perfect novel – is Williams’ writing. If pressed to offer another American author as a  precedent, I would have to say that Williams reminds one of Willa Cather. In fact, Cather herself, as noted elsewhere, explored a professor’s unhappy life in her 1925 novel The Professor’s House, so there may be a connection there for scholars to explore. The wistful, elegiac tone of Stoner reminds one of Cather’s short story “Neighbor Rosicky” and her novel My Antonia, as does the description of Midwestern farm life – and the desire and struggle of some, however imperfectly achieved, to escape that life.

Like another great realist, Gustave Flaubert, Williams is a master of “le mot juste,” as in this pithy recap of Stoner’s life: “He was forty-two years old, and he could see nothing before him that he wished to enjoy and little behind him that he cared to remember.”