Syria’s Assad a serial torturer, but not a poisoner 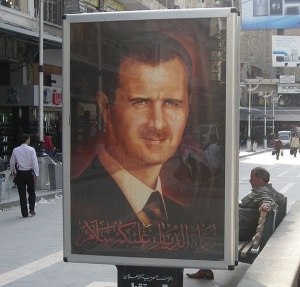 One shudders at the phrases “systematic” and “industrial-scale” killing used by the three lawyers who prepared a report on torture and killing of detainees by the Assad regime. (Yet another huge story broken by the Guardian.) A military policeman secretly working with a Syrian opposition group smuggled out 55,000 images of 11,000 bodies tortured and/or starved to death. It gets worse.

Many other photographers are attached to security units elsewhere in the country and are likely to have been asked to provide visual evidence of deaths.

Even just trying to imagine the suffering is unimaginable. One can only hope it will put Syria on the defensive at the upcoming Geneva II peace talks.

Why were these pictures taken? As proof that detainees were tortured and killed. Just like the Nazis, Syria finds itself tripped up by a perceived need for recordkeeping

A recent report by highly respected experts shows that it’s almost certain that the Assad regime wasn’t responsible for the sarin attack on the suburbs of Damascus.

Benghazi has given conservatives another chance to sink their teeth into a conspiracy (and Hillary Clinton’s pant leg) and hold on for dear life. Its most recent installment is their “knee-jerk claim,” as Media Matters’ Eric Boehlert referred to it earlier this month, that David Kirkpatrick’s Times series, A Deadly Mix In Benghazi, “was really an elaborate effort to aid Hillary Clinton if she runs for president in three years.”

In the meantime, conservatives are neglecting another controversy that’s morphing into a conspiracy ― allegations that Syria’s Assad regime launched a sarin gas attack on Damascus’s Ghouta suburb. The Obama administration was prepared to use that as a pretext for military intervention (until, of course, Secretary of State Kerry said of Assad, “He could turn over every single bit of his chemical weapons to the international community in the next week” and Russia jumped into the void).

You’d think that conservatives would jump all over the charge that President Obama was prepared to lead us into war without proof. Unfortunately for them, they’re too divided between hawks favoring intervention and, on the other hand, libertarians and Tea Party types opposed to intervention, especially when they could care less about the people to whose aid the United States would ostensibly be coming.

In any event, a recent report on the sarin attack seems to prove Seymour Hersh right yet again. In December, in the London Review of Books, he wrote:

In the months before the attack, the American intelligence agencies produced a series of highly classified reports, culminating in a formal Operations Order – a planning document that precedes a ground invasion – citing evidence that the al-Nusra Front, a jihadi group affiliated with al-Qaida, had mastered the mechanics of creating sarin and was capable of manufacturing it in quantity. When the attack occurred al-Nusra should have been a suspect, but the administration cherry-picked intelligence to justify a strike against Assad.

On January 15 at McClatchy, Matthew Scofield wrote about the new report.

A new study suggests the U.S. intelligence assessments of the August 2013 chemical weapons attack outside Damascus, Syria, were flawed. The study says the design of rocket used in the attack, its likely payload and its possible trajectories show that it would have been impossible for the rocket to have been fired from inside areas controlled by the Syrian government.

In the report, titled “Possible Implications of Faulty U.S. Technical Intelligence,” Richard Lloyd, a former United Nations weapons inspector, and Theodore Postol, a professor of science, technology and national security policy at the Massachusetts Institute of Technology, argue that the question about the rocket’s range indicates a major weakness in the case for military action initially pressed by Obama administration officials

What’s worse was how quickly the administration rushed to judgment on the Assad regime’s guilt.

Lloyd, who has spent the past half-year studying the weapons and capabilities in the Syrian conflict, disputed the assumption that the rebels are less capable of making rockets than the Syrian military.

“The Syrian rebels most definitely have the ability to make these weapons,” he said. “I think they might have more ability than the Syrian government.”

If conservatives were smart, they would drop Benghazi like an old bone and instead chomp down and begin chewing on the Obama administration’s insistence that the Assad regime launched a chemical-weapon attack. Both single-minded and short-sighted, it ignited a sequence of events guaranteeing that, to administer the dismantlement of his chemical-weapons program, Assad remains in office.