Rock album cover art: a picture is worth how many words…? 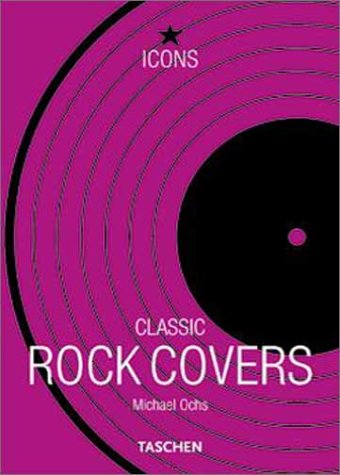 I picked up a fascinating book at my favorite used book store recently. It’s by Michael Ochs, arguably rock music’s preeminent archivist (and, in case you are wondering, yes, he’s the great Phil Ochs’ brother and was his manager for the last nine years of that brilliant, tragic folk singer/songwriter’s life). The book is called simply, Classic Rock Covers, and it covers rock music album covers – items now, I suppose, quickly becoming the province of antiquarians – and archivists like Michael Ochs.

As you’d guess, this book is primarily pictures. That’s understated: this book is overwhelmingly pictures of album covers covers from the 1950′s-90′s. Ochs offers a brief introduction, then brief (all too brief) overviews of each era of the Age of Rock. He occasionally offers a comment (and by that I mean a sentence or two) among the hundreds of album covers. One wishes for more.

Ochs’ insights are matter of fact, yet powerful, beyond perhaps even his realization. Take for example this observation about the “biker/gang culture” album covers produced by Jubilee Records:

Not only do these compilations of black artists have white people on the covers, but they also add to rock’s dangerous image by tying the music to juvenile delinquency.

That whole business of putting white people on album covers by black artists served to make those artists salable in the South (and right about now I hear Quentin Compson’s voice from the ending of Absalom, Absalom in my head). It also served to reduce the concerns of parents all over America who feared the demonic power of rock. In fact, one of the most striking covers comes early in the book: 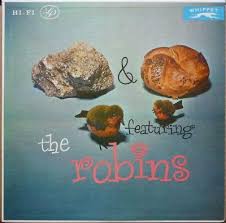 Yes, you’re seeing that correctly – the record company, Whippet Records, put a real rock, a real roll (yeast, one assumes) and a fake (or badly taxidermied) robin on the album cover to soften the impact of what 1950′s TV preachers called “Satan’s music.”

So, how to review a book almost exclusively made up of images of iconic album covers? Well, let’s just look at one from each decade. Here are covers from the 60′s, 70′s, 80′s and 90′s (to go with that beauty from the 50′s above) to give you an idea of the imagination, artistic vision, occasional excess, and charm of a lost art form:

First up, The Live Adventures of Mike Bloomfield and Al Kooper done by Norman Rockwell (yes, you read that right):

Next, the iconic Warhol cover for The Rolling Stones Sticky Fingers:

Then, Robert Rauschenberg’s “record” of a Talking Heads record: What Ochs reminds us about most strongly with Classic Rock Covers is that we’ve lost an art form.