Mississippi is fat and wants to stay that way 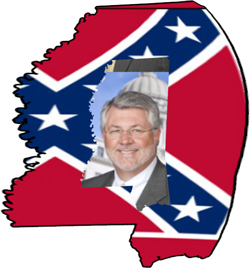 Mississippi Republican State Senator Tony Smith, who, as a restaurant owner as well as a state senator, conceivably profits from the poor nutritional choices of his constituents, has proposed a piece of state legislation being dubbed the “anti-Bloomberg bill.”  The act’s official title is “An act to reserve to the legislature any regulation of consumer incentive items and nutrition labeling for food that is a menu item in restaurants, food establishments and vending machines; to specify that the act would not affect the federal regulation of nutrition labeling under existing federal law; and for related purposes.”

The purpose would be to prohibit cites or other entities in Mississippi from enacting legislation like that in New York banning enormous sodas (which was recently derailed by a judge). It would also prevent bans on the plastic chachkes that fast food loves to include in its kids’ meals – “Hey kids, collect all 6 and get fat in the process.”

Lest you think that the drive to remain the most obese state in the union is somehow partisan, I offer the following. The bill’s sponsor in the House, Democratic Representative Gregory Holloway, explained “We don’t want local municipalities experimenting with labeling of food and any organic agenda.” That’s right, organic food has its own agenda. It’s right up there with the feminist agenda and the homosexual agenda in its threat level to Mississippians.

Perhaps, not surprisingly, Mississippi also gets another prize: worst state for math and science education.

For years, Mississippi has been awarded the “fattest state in the US” prize. If the legislature has its way, they’ll continue an unbroken streak for the foreseeable future. Go Mississippi!