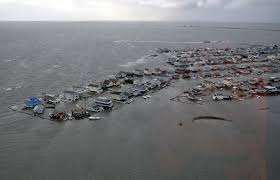 Here’s a list of the estimable members of the US Senate who voted against disaster relief for New Jersey, Connecticut and New York yesterday. There are 32 of them. They’re all Republicans, of course. They mostly come from Red States. One is a former Presidential candidate, and several others have run for the presidency. Not only that, they mostly come from taker states–states that get back more in federal money than they pay in US taxes.

We’ve discussed this issue before, but this type of vote highlights these differences in an interesting and unfortunate way. These guys really hate us. Booman has the right idea–the next time Marco Rubio or Jeff Sessions asks for federal disaster assistance for some whopping hurricane that has wiped out half his state, or the idiot Blunt expects disaster assistance for some pack of tornadoes that has taken out dozens of trailer parks, we tell them to go away and take care of themselves. Since they don’t want to fund themselves, or the rest of us, let’s just tell these guys to go screw themselves. It’s time for actions like these to have consequences.