Time to push back against gun disinformation 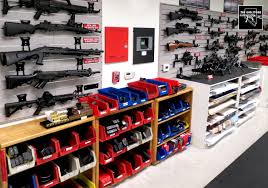 One of these days it will be time to start pushing back against the disinformation, propaganda, and lies of the gun lobby.  I don’t know if today is the day, but I hope so.  Twenty little kids and six educators are dead–isn’t that enough?

Here’s the gun lobby argument in a nutshell:  the solution to gun violence is more gun ownership legal in more places so that law abiding citizens can protect themselves from the thugs who can get guns easily and illegally.

Here are some arguments we would dismiss as ridiculous:

“Cigarettes are safe and you should smoke more.”

“Acid rain is not a problem so we should burn more high-sulphur coal.”

“Man-made climate disruption is a myth, so we can burn more fossil fuels.”

Isn’t it time to start exposing the fallacies in the gun argument to make the “more is safer” argument a thing of the past?

After Columbine and other school shootings we’ve heard the argument that teachers should be armed. If you can remember your kindergarten teacher, try picturing her with a sidearm.  Imagine the increased risk posed by a gun around all those little energetic, eager hands.

Today we don’t have to let our imaginations run too wild to see the problem.

The most popular sites in a Google search for gun statistics, aside from Wikipedia (and that’s easy to manipulate as well), are all backed by pro-gun sources.  Since we know that people don’t dig too far for their information, these pieces of propaganda will have a huge impact on the impending conversation.  Some people may continue to be persuaded that we can do nothing to stop the violence.

“But we have a constitutional right to own guns.”

Yeah.  Americans used to have a constitutional right to own other people.  Most of us think we got that one right eventually.

I’m not advocating repealing the second amendment.  But it’s time to address meaningful gun access and ownership restrictions.  Fewer guns in the market place means fewer guns available for potential criminals.  Just ask Mexico, whose drug gangs arm themselves from the US because it’s easier.