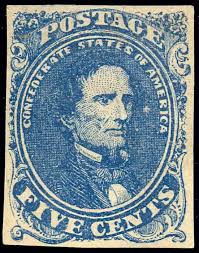 If Barack Obama wins a second term in the White House, Frank Rich has suggested, the Right is going to go absolutely nuts. I suspect Rich is correct—we haven’t seen anything like the rage that will consume the Right, who have up to now convinced themselves that the polls are skewed or something. There will considerable denial, and then another lurch to the right. Larison has this spot on as well, as do any other number of commentators. As a result, we can expect secession fever to ratchet up. We’ve gone over this a number of times on this blog—S&R have provided a number of posts on the fact that while we might regard it as desirable that a bunch of the country wants to leave to start their own Baptist Republic, the problem is they just can’t afford to go it alone—they rely too much on a federal gravy train. So we’re probably struck with them for the time being.

Misery loves company, however. The US South is not the only place in the world these days contemplating Secession. In fact, it’s probably not even the most vocal about it either.

For example, in Catalonia, a semi-autonomous region of Spain, the regional parliament recently held a referendum on whether to secede from Spain. The vote won’t be actually held until November 2012, but an opinion poll in June found that 51% of those surveyed favored complete independence. Catalonia has a long history of trying to break away from Spain, although they have never carried it as far as the multi-decade bombing campaign employed by the Basques. The argument now comes down to economics—Catalans complain that they pay more to the Spanish government in taxes than they get back. Wow. I wonder if that concept has legs. Everyone for the moment is ignoring the fact that any move towards secession would apparently violate the Spanish constitution. There are lots of arguments in favor of and opposed to the concept, as one might expect. But it’s important—Catalonia is Spain’s most economically successful province and accounts for nearly 20% of Spain’s GDP. Good times ahead in Spain, then. The Basques are doing a good job of hiding their bemusement. In Basque Country, the pro-independence Basque National Party recently won the most seats in regional elections, and will form a coalition government with other separatist parties. A victory by separatist Catalonian parties on November 25th would probably accelerate demands from the Basque National Party for more Basque independence as well.

Then there’s Scotland, about which we have previously written. At this point, it looks as if there will be a referendum in Scotland on proposed independence from the UK. Actually, that’s a little stark—at this point, it’s not clear what the vote will actually be on—actual independence from the UK, or simply more devolved powers to the Scottish Parliament, or what. We’ve noted in the past that there is some degree of apparent confusion, both within Scotland, and in the rest of the UK as well, over what Scotland’s economy would look like post-independence. Alex Salmond’s Scottish Nationalist Party, however, appears convinced of the economic benefits of independence, even if they still appear somewhat confused over which currency they would acquire.

The SNP’s case here has not been helped by the recent revelation that, contrary to some previous assurances, the SNP had not, in fact, sought legal advice on whether a post-independence Scotland would automatically inherit EU membership, which would bring the euro along with it. The SNP was helped even less when it emerged that it had attempted to block a Freedom of Information request from the Labour Party to determine what advice was sought and provided. This has turned into a pretty big deal, to the extent that Salmond himself has requested an independent inquiry into whether he misled the Scottish Parliament on the issue. In fact, the Telegraph reported yesterday that Almond was actually told something completely different—that Scotland’s entry into the EU is not automatic. This furor will carry on for a while, we think—Salmond has shown some uncanny political skills thus far in his search for independence from Britain, but this looks set to be a crisis if it turns out he misled the Scottish Parliament. And as we noted before, Spain has already indicated, and recently reiterated, its position that Scotland would be “subject to negotiations with other member states”—in other words, get in line and wait your turn.

Meanwhile, the apparent decision (specifically, a vote at the SNP congress last week) to recommend taking a post-independence Scotland into NATO has triggered some Scottish Parliamentary resignations. This will be contentious enough, but there’s the added—well, confusion is probably the only word that applies—over whether Britain’s fleet of Trident nuclear submarines, currently based in Clyde, would remain there. Passions are high here—Scotland has a significant anti-nuclear constituency. The reporting on this issue, frankly, has been less than clear, but that may be because no one really knows what will happen here. At the moment, the British government’s position is that the subs will stay right where they are. Well, maybe. The Telegraph (not exactly a fan of Scottish independence) reported not too long ago that the Scottish Affairs committee of Parliament noted that Trident subs could be removed from Scotland in two weeks—but it would take 20 years to build new facilities. Salmond said last year that he would seek to end the Trident program should Scotland become independent. He’s not alone—the Liberal Democrats have long sought the termination of the Trident program—or at least its near-term end. It’s all part of the process, admittedly, but it points up some of the uncertain ramifications of Scotland actually choosing to pursue independence. We’ll be hearing a lot of verbiage between now and 2014, and much of will undoubtedly make sense but much of it won’t.

Then there’s Belgium, which went without a national government for 535 days until December 2011, and where there have been “discussions” about a potential separation for, well, decades, actually, although the most recent round emerged in force in 2010 when the last Prime Minister stepped down. Belgium has always been a nation of two halves—the French speakers (Walloons), and the Flemish speakers (Flemings, I guess). I still remember the language riots of the 1970s, and the divisions predate those years by some margin, when French was imposed as the national language following the separation of Belgium from the Netherlands in the 1830s. But since 2010, the largest (although not majority) party in the Belgian Parliament is one calling for the separation of the nation by linguistic groups. It’s notable that this party is not among the coalition that formed the most recent government. There’s an economic issue here is well—the southern region of the country is mostly French speaking, and is the poorer part of the country. However, they’re not the ones who want the separation—that would be the 60% of the country that speaks Flemish.

But this is a country where the linguistic (and cultural groups) go back well into previous centuries—Belgium is a rather odd concatenation of groups. There are no national parties, for example—just Flemish and French ones. On the other hand, if there’s a country that muddles along, it appears to be Belgium. Trains run, food appears in the shops, children go to school and get educated, the Belgian army is part of NATO, and the government deficit was actually declining before the financial crisis. This is the country that invented Surrealism, after all. Again, how this turns out is anyone’s guess—but at least in Belgium, as in Catalonia and Basque Country, there is a longstanding linguistic and cultural heritage to justify the interest in separation. And I have to admit it’s not clear who would be seceding from what here.

What distinguishes all of the above from the Secession claptrap coming out of the US South is, of course, the fact that we’re talking about linguistic and cultural traditions that go back centuries. While one might deplore the ETA bombing campaign that lasted for decades, once could also understand that a people with a thousand year old culture might want to preserve it against an increasing federalism. But we’re talking real cultural groups here, not made-up ideologies, and there’s a sense in which these linguistic and cultural antagonisms have a better rationale than the “States’ Rights” nonsense we hear from the part of the country that wants to ban abortion under all circumstances at the federal level. All of this should bring a bit of comfort to the blue state giver who is getting tired of red states relying on his or her tax dollars to continue their war on the federal government that supports them. Probably not enough, though.