Hank Haney's 'The Big Miss' is just that: Nothing new about Tiger Woods 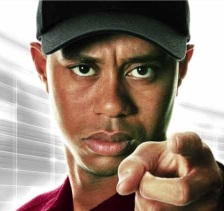 A good nonfiction sports book is hard to find because most authors tend to put athletes on a pedestal. There are exceptions, such as Robert Creamer’s biography of Babe Ruth and Pat Jordan’s brutal self-assessment of being a failed Milwaukee Braves bonus baby in the 1950s. The Big Miss: My Years Coaching Tiger Woods by Hank Haney falls into the former category.

Haney was Woods’ swing instructor from 2004 to 2010. During that time Woods won 39 tournaments, including a half-dozen majors. Regrettably, Haney can’t get past the golfer to talk about the man, and even the golfing prose is less than revelatory: “Tiger was so good he could still win with less than his best stuff.”

No kidding. Tell us something we don’t know. Tell us about the enmity between Woods and Phil Mickelson, or his churlish behavior with fans and his reputation as a lousy tipper. Instead, what few quotes Haney does pry from Woods are as bare-boned as a month-old Texas carcass: “Hank, man, we really did some great work this week.”

Returning from the White House, Haney asked Woods what he thought of President Obama. “He’s a nice guy.”

After Woods tied for sixth in the 2009 Masters, Haney wrote that Woods angrily vented to him “for five minutes.” But there’s no mention of what Woods said, not a single quote.

Haney writes introspectively about his relationship with Woods and includes endless, boring emails between him and Tiger: “When we practice and prepare, we need to kick it up a couple of notches.”

The book does detail Woods’ obsession with the military and how he hurt his knee in a training exercise with Navy Seals, of how his Gulfstream 550 jet was nicknamed TWA for Tiger Woods Airlines, and how he took grief for taking up Buddhism. Tiger: Did You Mean Bootyism?

There’s no explanation of Woods’ dealings with Dr. Anthony Galea, a shady character from Canada who was arrested and charged with distribution of human growth hormone. Instead, Haney simply refutes any knowledge of Woods using performance-enhancing drugs.

Of the scandal that erupted from Woods’ driveway fender-bender, Haney said he learned of the dalliances from Woods’ agent, Mark Steinberg, who phoned and said, “It’s not true, don’t say anything.”

Then of his reaction to realizing it was true: “On some deep level I’d been expecting something to break. Tiger’s burden had been even heavier than I thought. I offered email support: I will always be your friend, bud.”

Longtime caddie Steve Williams endured guilt by association. His wife no longer trusted him and his reputation in his native homeland New Zealand was tarnished. When Woods and Williams finally met face-to-face, Williams said of the encounter, “The guy couldn’t even look me in the eye. He hasn’t changed one bit.”

Perhaps it was simply impossible to write anything interesting about a man who barely speaks and seldom smiles and is an emotionless robot filled with talent but devoid of personality. No wonder the book is boring. Next time Haney ought to hook up with John Daly. Then he’ll really have something to write about.