RIP Andy Griffith: he was more than Mayberry 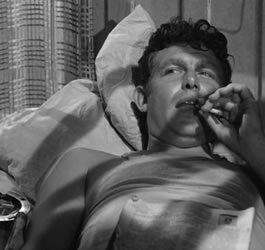 The Andy Griffith that I grew up with was the kindly, somewhat bumbling sherriff of Mayberry, North Carolina. I can’t remember whether I was introduced to him first on the Andy Griffith Show or Gomer Pyle. Given my Appalachian roots and the innocuous safety of the shows, the distinction is minor. The shows were increasingly culturally out of step with the country and quickly outgrown.

Eventually, my mom discovered Matlock when I was already in college–so my exposure was minimal: seemed like Andy got older, graduated from law school, and moved to the Big City of Atlanta where he solved Real Crimes that didn’t happen in Mayberry. His sidekicks were (gasp!) a woman and an African American. But it was obviously a show meant for my parents.

The Andy Griffith that I grew to treasure was fleeting but indelible. I’m a classic film fan, so one night I turned on Turner Classic Movies in the middle of a movie called A Face in the Crowd. I was mesmerized. Here was a completely different Andy Griffith–one that I could admire for his technique and in a movie that I could take something from.

If you haven’t seen “A Face in the Crowd,” you need to get a copy, your favorite beverage, and a big bowl of popcorn. I hate it when people spoil movies for me, so I’m not going to do that. Here are three reasons why you need to see this movie:

Andy Griffith’s character commands the screen, whether his character, “Lonesome” Rhodes, is in manipulative, lecherous, cynical, or domineering modes. Andy Griffith lecherous? Oh, yeah. Heck, he could have played Jerry Sandusky and made it believable. Watching the arc of Lonesome Rhodes’ life is a rare treat. Granted, a treat that doesn’t always taste good–kind of like the Every Flavor Beans in Harry Potter–but one of those things that you should try, at least once.

Farewell, Andy. Wish you’d had the chance to stretch your talents for us a little more often.