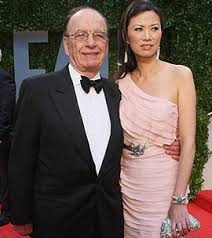 Well, the House of Commons Select Committee on Culture, Media and Sport released its report on phone hacking today. Words such as “bombshell” have been thrown around in response to a section that…well, let’s let the Committee, or the majority of it anyway, speak for itself:

“On the basis of the facts and evidence before the committee, we conclude that, if at all relevant times Rupert Murdoch did not take steps to become fully informed about phone hacking, he turned a blind eye and exhibited willful blindness to what was going on in his companies and publications.

“This culture, we consider, permeated from the top throughout the organisation and speaks volumes about the lack of effective corporate governance at News Corporation and News International.

“We conclude, therefore, that Rupert Murdoch is not a fit person to exercise the stewardship of a major international company.”

Elsewhere in the report, the committee determined that senior executives at News Of The World and at News International, the UK arm of Murdoch’s News Corp, actively misled (i.e., lied to) the House Subcommittee; that both Rupert and James Murdoch had demonstrated “willful blindness;” and lots of other good stuff. The vote was not unanimous, mainly because the four Conservative members of the committee did not support the statement, inserted by Labour MP Tom Watson, that Murdoch was unfit—thereby leaving the clear impression—in fact, one of the MPs, the photogenic and wonderfully-named Louise Mensch actually stated it—that this would have been a unanimous report absent the insertion of the statement about Murdoch’s fitness. The Tory Chairman of the Committee, John Whittingdale, commented the he regretted the lack of unanimity, and expressed the fear that this fact would “dilute its effectiveness.” I don’t think he needs to worry. This is pretty stern stuff.

On this, the defence put forward by the dissenters was that this sort of statement went beyond what the committee’s remit actually was, and that it just wasn’t an appropriate comment. Given the evidence presented to the Committee, which is amply cited in the report, of prevarication and likely criminal activity on a broad scale by News Corporation and its management, it’s hard to justify this stance, I think, but there may be other things going on as well. On the other hand, they may have a point, but who cares, really? As the whole world now knows, Cameron and many of his circle have been chummy with the Murdochs and their circle.

Of course, this was true of Labour governments as well, so it’s possibly a bit disingenuous of Labour leader and Aardman stand-in Ed Milliband to be up on a high horse at the moment. Remember, most of the activity in question took place on Labour’s watch, and Labour at the time showed remarkably little interest in pursuing any of these issues. But the Tories are now in power, this is all unraveling on their watch, Cameron has had a personal relationship with several News International figures (including Rebekah Brooks), and the Conservative Party may now find itself having to decide whether it wants to spend any time whatsoever sticking up for the Murdoch boys. So, frankly, kudos to Labour MP Tom Watson, who has been vocal on these matters for a number of years when no one else was, and who has now also managed to put the Conservatives in something of a tight spot.

The Committee was pretty unanimous on the central points that matter, especially those relating to the active misleading of the Committee by several senior members of NOTW and NI, one of whom is currently the editor of The New York Post. Both Murdochs took a pretty severe pasting, in fact, although the Committee refrained from opining on whether James Murdoch had been misleading them. James got off relatively lightly, simply being accused of an “astonishing lack of curiosity on the part of a chief executive,” although the Committee also noted that

“We would add to these admissions that as the head of a journalistic enterprise, we are astonished that James Murdoch did not seek more information or ask to see the evidence and counsel’s opinion when he was briefed by Tom Crone and Colin Myler on the Gordon Taylor case.”

And the various Directors of the various companies, who undertake a whole raft of legal obligations when they become Directors, cannot have been heartened by the Committee’s comment that

“Corporately, the News of the World and NI misled the committee about the true nature and extent of the internal investigations they professed to have carried out in relation to phone hacking.”

All of this is much sterner stuff than anyone had been expecting.

There are other implications as well. In the UK, several things are now certain to happen. First, there is now going to be increased pressure on OFCOM—the broadcast media regulator—to come to a decision over whether News Corp can continue to hold on to its 39% stake in BSkyB, the UK’s largest satellite television company. This is a hugely profitable business, and there was a reason why Murdoch wanted to get full control, rather than just the 39% it currently owns. It makes a whole lot of money. And it has the potential to cause some problems in the US as well, where the FBI has apparently been taking an interest in phone hacking, and also where, you can be reasonably certain, there will be various parties looking to get the US Justice Department to start looking into enforcement of the Foreign Corrupt Businesses Act. This has the potential to cause some very serious problems for the Murdoch empire. News Corp shareholders continue to be in denial—the share price is actually up in New York today (and up over 11% over the past year), although BSkyB’s shares are also up, presumably on the grounds that the News Corp stake will eventually have to be sold off. And this is somewhat separate from, although it overlaps with, many of the details of apparent corruption and outright mendacity that has been revealed thus far in the Leveson Inquiry—which is still going on.

Other parties didn’t do so well either. The Surrey Police department was singled out for sitting on information about NOTW hacking for ten years. Ten years! This has actually been going on for that long. On the other hand, Rebekah Brooks got off without much interest, the Committee presumably deciding that since she is in the capable hands of the police, there wasn’t all that much at say at the moment.

The political fallout will continue too, especially here in the UK, where Cameron probably never expected to be spending as much time on all of this as he has. It was bad enough that Cameron got into a genuine pissing contest with Milliband in Parliament yesterday. Now he has to deal with the fact that the Speaker of the House of Commons, John Bercow, who is actually from the Conservative ranks, has ordered Cameron to appear tomorrow in Parliament to explain why he isn’t launching an immediate inquiry into allegations that Jeremy Hunt, the Culture Secretary, somehow interfered with the BSkyB bid. There has been much to-ing and fro-ing over all of this the past two weeks, since James or Rupert, I forget which, spilled the beans on the sizeable email trail between Hunt’s office and News International. Lost in the uproar was the fact that Hunt came into this rather late in the game—Cameron had originally tasked Vince Cable with this, until The Telegraph pulled some silly stunt and Cable had to recuse himself.

I have to say that I’m not a fan of Cameron in general, but I think he’s right here—the Leveson Inquiry is the appropriate venue for looking into whether Hunt compromised himself, and THEN, if it turns out that’s the case, there should be an independent investigation. Right now there’s just too much other stuff going on. But there’s lots more potential for entertainment as well. First, Parliament, which doesn’t really have any established penalties for lying to it, amazingly enough, might decide to do something about that. You can’t lie in Court, or to the US Congress, but you can lie to Parliament. Who knew? What might be rally fun to watch is whether Parliament will force the three News Corp executives who clearly did lie to return and apologize.

Second, Parliament ought to be a fun place the next couple of weeks. Milliband is sort of an oaf, but he smells blood here, and he’s not going to lower the pressure. The Liberal Democrats, erstwhile coalition partners, are trying to figure out whether the fact that the vote that produced a majority opinion on the committee was one of theirs gives them any political cred, something they could dearly use at the moment. And the Tories, already unhappy for any number of reasons—down 11% in the polls, and open warfare over some issues with the LibDems and even among each other—will now have to decide how aggressively to let Parliament go after the Murdochs even further. Good times.

As for Rupert? Who knows at this point? The guy is 81, still single-minded, but also completely out to lunch. He managed to attack just about everyone in sight at his mostly bullshit testimony in front of the Leveson Inquiry last week, and many have been responding in kind. Well, if you want friends, get some dogs. And his Chinese secret agent wife hasn’t actually been much help since she slapped down the pie thrower. But if I were a News Corp shareholder, I’d start looking around for alternative investments.