On being responsible (corporate taxation, social responsibility and the questions that Gillian Tett should have asked) 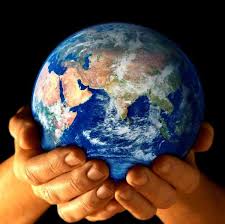 Gillian Tett, normally a font of level-headedness and good judgment over at The Financial Times, had a very odd column this past weekend. She was at Davos (of course!) and was vaguely unhappy about Unilever’s presentation about all the good works it was undertaking in the name of Social Responsibility.

I know, I know, who is going to believe Unilever, one of the largest food and consumer products companies in the world, is Socially Responsible? What does that even mean, anyway? Well, leaving that aside for the moment, I’ve been following this area for a while, and in fact Unilever does spend a fair amount of time and money (relatively speaking) in this area. Why? Because there are an increasing number of investors that are demanding it. There are a whole raft of investment funds that specialize in SRI (Socially Responsible Investing) or ESG (Environmental/Social/Governance) issues, and while they’re not huge in the scheme of things, they are getting bigger. Not only that, but large pension funds, including government pension funds, have been taking an interest in these areas for some time as well, and this interest level continues to grow.

This is generally good news. Companies are out there to make a profit for someone, of course, usually their shareholders, but there have been stirrings of some emergence of broader thinking here. Most of the companies I pay attention to as an analyst are European or British, and most of them file big fat reports at year end called “Sustainability Reports,” in which they detail their measures across a range of issues, like improved recycling rates, emissions reduction other measures to reduce carbon footprints, labour relations, employee benefits, a whole lot of things. Siemens’ 2010 Sustainability report was 104 pages long—but Pirelli’s was even longer, much of it taken up with company and industry measures being undertaken to reduce the problems associated with getting rid of old tires and reducing energy inputs in the tire-making process, which is extraordinarily complicated and very energy intensive. You can find these reports on any company’s Web site. (Here’s the link to the Siemens 2010 Sustainability Report—it makes interesting reading.) Now, admittedly, much of this is work that the companies would have to report to appropriate regulatory bodies anyway—emissions of various substances, for example. And some of it is sheer gloss. But much of it is above and beyond what is minimally required, and some of it is downright impressive. I have to say that European (particularly the German, the Dutch and the Swedish) companies are light-years ahead of their US counterparts in this regard, for a number of reasons. There are few global warming deniers over here.

Now, this is interesting, but there’s an old debate here too, which Tett drags out again, which is why should companies be doing this stuff in the first place? Shouldn’t governments be doing this? And Tett actually has this to say, quoting the opposite viewpoint (although she ends up coming down in the middle somewhere):

But there is a powerful counter-argument, too: some business leaders retort that companies would actually do better to focus on their primary function – namely the business of making money – and leave governments to worry about those bigger social goals. After all, governments are elected to make countries better, so why do unelected company executives feel any duty to reach into other areas of life? “The fact that companies are doing all this CSR stuff just shows that government has failed,” muttered one British manufacturing executive.

Actually, it’s not just business leaders. It’s often portfolio managers and investors, too, who wonder why these two domains are being intermingled. Now, there’s a defensible argument here—if you want to give money to SRI things, including charities, invest in whatever will give you the best return and then given the money directly to wherever you want. It’s defensible, as I said, but not compelling, for any number of reasons, worth a post in their own.

But back to Tett’s column, because it raises some issues she doesn’t address. What’s missing here? Well, any kind of context, first of all. This is a nice airy-fairy conversation to have over wine at Davos, but Tett could at least have acknowledged a couple of things. First, governments are under a lot of stress to deliver services at any kind of appropriate level now—is there a European or North American government that isn’t cutting services right and left these days? It’s all fine to say “let the government do it” when the government can afford to do it. What about when governments can’t afford to do it any more, especially as the result of a number of totally unnecessary military actions that no one wanted to pay for at the time? Tett’s later comment that “governments are blatantly failing to pursue many of their core responsibilities, forcing companies to step in” ignores a fundamental economic reality right now—many governments are “failing” their responsibilities (to the extent that this is even true—Tett cites no examples) because they don’t have the money.

The other piece of information that Tett could have acknowledged, but didn’t, is just why governments don’t have that money. Well, there are many reasons, presumably, but one of them is certainly the fact that corporations continue to pay a lower and lower level of taxes to governments around the world. If, as Tett acknowledges elsewhere in her column, business leaders are increasingly concerned about growing “income disparity,” then the straightforward solution is for companies to pay higher taxes in order to give governments more money than they have right now to accomplish what governments are supposed to accomplish.

That hasn’t exactly been the recent pattern, though. In the US, corporate taxes as a share of federal government revenues continue to decline, and we had some famous instances in the press not all that long ago—General Electric being the most egregious example, but certainly not the only one. Tax rates actually don’t mean all that much when there are a multitude of ways to get around taxes, as there are in the US. The US has high corporate tax rates, but this actually means little. And the corporate share of taxes collected by the US government has been steadily declining, as this nifty little table from the IRS indicates:

It’s easy to say “raise their taxes,” but a bit more problematic to actually do it, given the extensive interests that have grown up specifically to prevent corporate taxes from rising anywhere at any time for any reason (this is a major industry, as well as an apparent object of religious faith, in the US these days). Given that, we might expect a bit more realism to accompany comments about governments abandoning their responsibilities than we got here. It ‘s certainly the case that what some corporations are currently doing in some of these “social” areas is a band-aid at best, and some of it is pure gloss.

But there is also some serious thinking going on here in a number of areas, particularly in areas such as transportation policy and sustainability and energy efficiency, what these mean, what are realistic goals and time frames, and how to achieve these–thinking that is just as incisive as found in any university, think tank or government agency. The people who run these companies—mostly men, of course—all go to Davos too, they all know the score on global warming and its implications for things like food and water supplies globally, and the world that their grandchildren might inherit, and many of them are as nervous about all of this as the rest of us. The difference between them and us, aside from the fact that they’re all much, much richer than we are, is that they’re in positions where they can actually do something tangible that can have broad impacts. Good behavior should be acknowledged and encouraged on those occasions when it emerges, and if it helps the share price, so much the better.