Getting even with China 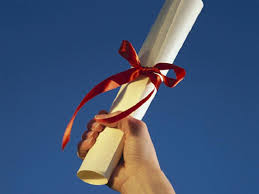 It’s easy to blame China for lots of stuff. Its absurd veto (along with Russia, someone else we can blame stuff on) of the recent Security Council Resolution over Syria. Its persistent devaluation of the renminbi to keep it cheap to the US dollar. The fact that it owns an extraordinary amount of US debt, and keeps buying more, giving it increased influence in US economic decision-making. Its constant and never-ending theft of other countries’ intellectual property. Its refusal to stop building coal power plants. Its somewhat slavish adoption of all things American except democracy. Its reluctance to bail out Saab. Its complete lack of anything like a good rock and roll band.

If you’re one of those people for whom any or all of the above casts a cloud over your ability to make it through the day, help is at hand. Your worst nightmares may soon be over. And all we had to do was sit back and let the Chinese embrace yet another Western cultural institution—the Business School.Twenty years ago, when China started making a significant dent in the global economy that continues to go from strength to strength, virtually no one attended business school or received an MBA—largely because no school in China actually offered an MBA until 1991. Now, according to the FT, applications within the business school community in China are growing at a 20% clip (and 25% this past year), and this year will see 90,000 young Chinese entrepreneurs and potential business leaders apply to Chinese business schools. And this doesn’t even count the number of Chinese who decide to go somewhere else—like the US or Europe—to get an MBA. International enrollment accounts for about 34% of US business school enrollment, according to Business Week, and China is one of the top three countries providing international students. Chinese enrollment at US business schools also happens to be up 20% this past year. (It’s not just business schools, of course—US graduate schools in general saw a 23% increase in Chinese enrollment this past year as well.)

China, as in so many other things, is looming increasingly large here. According to an outfit called the Association to Advance Collegiate Schools of Business (headquartered in Tampa and Singapore, which should also tell you something), there are over 1000 educational institutions in China offering business degrees. Of course, there are 1600 in India, 1600 in the United States, and 1000 in Mexico, so it’s hard to assess how meaningful this statistic is, other than it’s a lot, especially since Sweden, home to some of the world’s most successful multinational corporations, has 25, Norway has 34 and Denmark has, um, 11. The really scary statistic is that, globally, over 13,000 institutions offer business degrees.

And how does that 90,000 applicants last year number stack up? Well, hard to say—statistics are kind of hard to track down, although I imagine they’re out there. There are two ways to look at that. First, what are actual enrollments? Considering Chinese schools didn’t even offer an MBA before 1991, the programs have gotten pretty large. INSEAD estimated that there are about 25,000 people enrolled in Chinese business schools in 2009, and this number is virtually certain to escalate. Since there are 250 schools (at least) in China that now grant MBA, that works out to be about 100 per school—that sounds about right. (My own BS experience was at NYU, which was huge, but in part because it had a great part-time program.) The increase in enrollments in Chinese business schools mostly comes from women applicants, by the way—women made up 43% of the enrollments at China’s top B-schools in 2010, a considerably higher percentage than found in western business schools.

Second, how many MBAs get produced every year? Well, at last count (2007-2008), according to the AACSB, over 150,000 globally (although there may be more recent data that I haven’t found). And it’s been growing—way back in 2000, it was 111,000. This is nearly as scary to contemplate as Tom Paxton’s old song lyric, “In ten more years there’ll be one million lawyers.” (Actually, it’s an old song, and we passed that point a long time ago.) And it will only get worse. The curriculum here is pretty boilerplate, actually, and can be easily replicated—accounting, economics, finance, marketing, organizational behavior, some statistics, that’s pretty much it. And how hard can it be to get one, considering how many people have MBAs now? Of course, there are a whole lot of lawyers too, so maybe that argument doesn’t work.

So why does this matter? Hah, look around. The US economy continues to suffer, and will for years, the ravages of a financial lottery designed and implemented by MBAs as taught in business schools. The notion that “shareholder value” should trump everything else came out of some business school. “Corporations as persons” is the business school wet dream. Business schools hate government regulation—particularly those that relate to, say, worker health and safety—which should, if recent evidence is anything to go by, have some appeal in China. You will virtually never find the notion of economic “externalities” in the course offerings of most business schools. The havoc wreaked on the US economy over the past several decades was coined and minted at US business schools—a model that China seems more than happy to adopt. If MBAs can do to the Chinese economy what they’ve done to the US economy, maybe the playing field will even up a bit.