Will Scotland leave the UK? 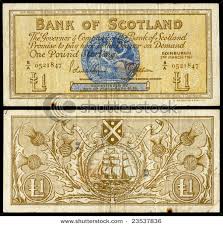 There has been much discussion of this very question this past week, since suddenly it looks as if there will be a referendum on the issue of Scottish independence in Scotland in 2014. Actually, there’s a whole lot going on surrounding this referendum, including whether there might be a similar one elsewhere in the UK on whether the rest of the UK actually wants Scotland to leave—according to a recent poll in The Telegraph, a higher percentage of English respondents want Scotland to leave than do Scots. Alex Salmond, who heads up the Scottish Nationalist Party that currently runs the Scottish Parliament, had better be careful about getting what you wish for.

All this started when Cameron called Salmond’s bluff by suggesting that the referendum be held sooner rather than later, and that perhaps it wasn’t entirely up to the Scottish Parliament on the timing of this in the first place—it actually required the approval of the British Parliament. This brought a furious reaction from Salmond, and the words have been flying around like wildfire. Things are calming down a bit now, but only because it’s clear that there’s lots of uncertainty about all of this.

The background here is pretty straightforward—the SNP has been running on a platform of Scottish independence from Britain for years now, and surprisingly gained a majority of MPs in the Scottish Parliament in the last election—in spite of repeated polling in Scotland that a majority of the Scottish population does not favour independence from Britain. But it’s clearly a great vote-getter, appealing to some powerful instincts of Scottish nationalism, and it worked like a charm the past election, when dissatisfaction with Labour reached near-epidemic proportions (the Tories are barely a factor in Scottish politics) and Labour lost a number of seats in the Scottish Parliament as well as losing control of the British Parliament—which brought us the current coalition government. Too bad the reality check shows that if this does indeed occur, it’s not at all clear how Scotland will pay for it. Moreover, if indeed this does occur, it’s not at all clear how it would actually work in practice. (Just to be clear on nomenclature—Great Britain consists of England, Scotland and Wales. The United Kingdom is actually “The United Kingdom of Great Britain and Northern Ireland.” They’re not interchangeable.)

I don’t have much familiarity with countries breaking up, and I have to say it’s not much fun watching America decide how quickly it wants to. I guess that Czechoslovakia thing worked out ok, but I’m not really up on the details. But as I remember, you had two different languages involved, which generally means something about identity (for better or worse). But here we’ve got two nations separated by a common language, as the saying goes, and much else, apparently.

Of course, we’re talking about centuries of, well, fervor is probably the best word available. Unlike Ireland and Wales, Scotland wasn’t exactly conquered—it was more like an agreement when a Scottish king also became King of England. But ever since Scotland became part of Britain in 1707, Scottish nationalism has been a factor in local politics. And now it looks as if a separation might be achievable. But the mechanics may be daunting.

There have always been a number of lingering questions about who controls what once the Labour government, under Tony Blair, passed devolution legislation in 1998, which went into effect in 1999. Like so much else that New Labour had a hand in, it was poorly thought out, and a number of significant issues were routinely ignored. That was Blair’s style, as is now clear. Not the least of these issues was what Scottish former Labour MP (and the smartest guy in the room, usually) Tam Dalyell referred to as the West Lothian question—the fact that MPs from Scotland after devolution could vote on matters affecting, say, education policy in England, but that English MPs would not be able to do so for education policy in Scotland—because that was now being determined by the new Parliament in Scotland. (Ditto Wales and Northern Ireland, although the Northern Ireland Parliament was suspended for a while there.)

This is one of those issues that makes normally level-headed people become quite irrational. There have been various attempts to sort this over the past decade, but nothing that really passes the smell test in terms of seriousness—no one has a good idea here, other than, say, having a separate English Parliament as well. Just what we need. On the other hand, it looks as if the rhetoric, at least, has been stepped up the past two years. It’s mainly been Salmond, of course. He’s a canny politician, in many respects—his party did win the last Scottish election, after all. But at some point you have to get real.

So what are the actual issues here? It’s not as if this will be easy, as a number of people have pointed out, and there are, in fact, some very big issues that need to be resolved. Or, at least, that the British government thinks they need resolving, although the SNP has been a bit vague on how they are to be resolved. Even assuming normal stuff like roads and schools are within the scope and ability of a new Scottish government, what about:

1. Oil—most of Britain’s remaining oil and gas lie north and east of Scotland. How much Scotland would actually get is a bit of a mystery. This has been a depleting resource for a while now, since Britain, unlike Norway, has pretty much been drilling at maximum speed, and reserves are declining. Still, it’s undoubtedly better to be long oil and gas than not to be, and Scotland has a claim. But how much of one? That depends on where you draw that arbitrary line between England and Scotland. And as you might imagine, there are a number of possible lines to be drawn, and certainly nothing like a consensus.

2. The Royal Bank of Scotland—which is still headquartered in Scotland, and would presumably be staying there. The British—not Scottish—government bailed it out, to the tune of £45 billion (and probably more, eventually). That’s quite a lot of money. So now it’s just going to be turned over to Scotland after the rest of the UK has bailed it out? Nobody thinks so, although Salmond is a bit vague on what would actually happen here. Others, on the remaining British side of the equation, have been less vague—a number of pundits want the “new Scotland” to reimburse the rest of Britain. Hah—we’ll see. Besides, RBS is still 85% owned by the British Treasury. But perhaps not for long.

3. Let’s see, what currency should Scotland use? This has gotten contentious, and it’s becoming a major issue, in an area where, once again, the SNP appears to have not done its homework. Scotland currently has its own currency, but it’s good in the rest of Britain, and British pounds are good in Scotland. But Salmond seems to think he’ll be able to join the EU and start using the euro—and Chancellor George Osborne agrees with him, while suggesting that it won’t actually be that easy. Aside from the issue of timing, as former Chancellor Alistair Darling has pointed out, it’s not clear that this is the best idea that Salmond has come up with—Darling has said that Scotland keeping the pound would be ”ludicrous.” Even assuming there is a euro at that point. And then there’s the not trivial issue of what Scotland’s sovereign credit rating would be. Probably not the AAA that the UK currently has. Then what?

4. The UK’s nuclear submarines and missles—its entire nuclear deterrent, in fact—currently reside off the coast of Scotland. Do they stay there? Probably not. Where, then, do they go—and who is going to pay for that? Probably Scotland, again. So how much will that cost? Good question—probably billions, at least.

Actually, the issue here seems surprisingly muted compared with in the US, where we constantly hear excessive moaning about supporting deadbeats in other states (although, as we’ve commented before, the commentators usually seem surprisingly ignorant about who is supporting whom). Here, though it’s a bit different—what we’re dealing with is differently chartered sets of executive powers for two countries that really are really legally distinct countries (joined by a Treaty of Union) in a number of ways, that have some overlapping complications, not to say contradictions. For those who live in England, Dalyell’s question is a legitimate one—MPs from another country, with their own Parliament, currently have a say in real government functions and actions in England that is not reciprocated under the current arrangement.

How this plays out is anyone’s guess at this point. You have to be impressed with Cameron’s footwork here, irrespective of your views of his politics—I think those who think Salmond is being very clever, and that Cameron has been a bit foolish, have it entirely backwards. Alex Massie is frequently a pretty bright guy, but we’re not seeing the same thing here. Cameron has backed Salmond into a corner that will be difficult to get out of, although by giving this until 2014 he is giving Salmond considerable wiggle room. Whether Salmond is smart enough to figure that out remains to be seen. As does whether it would make any difference whatsoever.