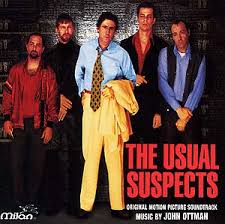 A recent study conducted at University of California, San Diego revealed that people enjoyed short stories more when they had been given a spoiler about the ending. That’s nice, but as far as I’m concerned spoilers are still the revelation of the damned.

While some have taken this study to mean spoilers aren’t so bad after all, I have a different take. Uses and Gratifications theory tells us that people use media for whatever purpose suits them at the time. Enjoyment is far from the only use of media consumption. It’s worth noting that the participants in this study were just that – participants in a study. They were not at the local Barnes & Noble seeking the gratification of a good read after a hectic work week.

If you are seeking pure enjoyment from your reading (or movie watching, etc.) then the assurance of knowing the ending is quite comforting. And sometimes that’s all we want; a zero-calorie equivalent of grandma’s mashed potatoes and gravy. But at other times, we want something quite different. Perhaps we want a thrill ride or mystery to solve.

It would be easy to see the research and think enjoyment is paramount in leisure media consumption. I can’t say I “enjoyed” watching Saving Private Ryan or reading The Grapes of Wrath but they were made no less effective as a result of my non-enjoyment. I would not exchange my delight in discovering the ending to Sara Gruen’s Water for Elephants for the comfort of having known the ending throughout my reading. The enchantment I experienced in reading the ending simply could not have been equaled without first having “lived” the rest of the story.

This is not to say there is no place for enjoying a spoiled story. The Usual Suspects, The Sixth Sense, Fight Club – these are all great movies (and in some cases books) made no less great upon your second viewing. But would you really want to give up the excitement of that initial viewing? I still enjoy The Usual Suspects but remember the surprise I felt at the twist when watching this for the first time late at night in my parent’s living room. I am happy to save the increased enjoyment for the second viewing. Increased enjoyment is too high a price to pay for not letting the storytellers take you on their journey during that first reading or viewing.

Expecting your typical good times fare from Harrison Ford, I had no idea what I was walking in to when I saw What Lies Beneath upon its theatrical release years ago. I vividly remember thinking, “I hate this movie” while sitting in that dark theater, a bit more frightened of Indiana Jones than I had expected. Enjoyment, no. Enthrallment, yes. When it later came on TV, I enjoyed watching it again. I enjoyed that my knowledge of “what lies beneath” enabled me to see how the viewer is manipulated into being tense and maybe even scared.

If I want safety and guaranteed enjoyment from my media, I’ll reread an old favorite or watch a movie I remember fondly. But you can keep your spoilers; I like the (hopefully) unpredictable ride of not knowing the ending.

Lindsay Hayes was very passionate about (some might say obsessed with) entertainment media as a child while growing up in Oklahoma. Realizing how influential media had been on her own life, she decided it was important to examine such an influential phenomenon. Lindsay decided to take part in that analysis in her own small way. A BA in English literature was quickly followed by an MA in communication with an emphasis in media. When she is not overthinking American culture she can be found figure skating, rock climbing or spending time with her own personal mathematician and their two rabbits at home in Colorado.