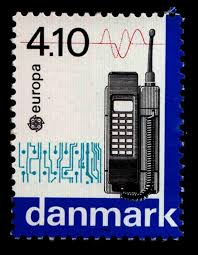 A couple of months ago we noted that things were not going all that well in Murdochland, what with investigations heating up over allegations that phone hacking–that delightful pastime of hacking into someone’s voicemail so you can read and/or hear their messages—was far more pervasive than anyone had guessed. Or, certainly, than Murdoch and his News Corporation team were prepared to admit. Since then, it’s gotten worse, with lots of lawsuits, and allegations, and to-ing and fro-ing all over the place. But it wasn’t until this past week that the whole situation finally exploded, and explode big time it did.

Because it’s one thing to hack the voicemail of movie stars and politicians—the public turns out to be supremely indifferent to that. It’s quite something else to hack into the voicemails of a murdered schoolgirl and delete messages, leading her parents to think she was still alive. Or the families of other murdered schoolgirls. Or the relatives of soldiers killed in Iraq and Afghanistan, or the victims of the July 7 bombings. Not only is this beyond the bounds of decency by several orders of magnitude, the public actually recognizes this. And they’re steamed. Oh, did I mention the admission that News of the World, which was probably responsible for all of the above (perhaps directly, perhaps only indirectly), also gave lots of cash to policemen? Which is against the law, by the way. After you’ve been denying that any of this stuff happened in the first place, and spent the past four years insisting that these problems were the work of one rogue employee.

Murdoch is not loved in the UK, even though he owns four of the largest newspapers, and controls the second largest broadcaster. But he is feared. He has made a number of enemies over the years, but seems to have build up a certain amount of political immunity over the years as well, since the endorsement of The Sun is still actively courted by leaders of the major political parties—including David Cameron, the current Prime Minister, and Tony Blair and Gordon Brown, the two previous Labour Prime Ministers. Blair’s sucking up to Murdoch was legendary. Cameron, who unlike Blair appears capable of embarrassment, has at least had the decency to be less obnoxious about it, although he has also played the game with a vengeance. But it has paid off—whomever The Sun endorses, wins.

So now Murdoch has a real mess on his hands. He has steadfastly refused to abandon Rebekah Brooks, who edited the News Of the World for a time before she went on to edit The Sun, and before her current stint as head of News International here in the UK. Likewise Murdoch’s son, James, who this afternoon put out one of the most deliriously loopy letters of apology in living memory, which has managed to infuriate even more people, as if that were remotely possible. Meanwhile, advertisers were canceling right and left, and News Corporation shares have hit the skids. So what has News International done in response? Why, today they decided to shut down News of the World—this Sunday’s edition will allegedly be the last one. This stunning announcement—which will cause several hundred people to lose their jobs at the UK’s (heretofore) largest selling newspaper—is absolutely baffling, since it actually solves nothing. Labour MP Chris Bryant, who has emerged as one of the genuine good guys in this whole affair, argues that this is a cynical move designed solely to protect Brooks, and he’s probably right. Not for the first time one wonders what hold Brooks has over Murdoch.

It’s hard to know where this goes next. Allegedly Andy Coulson, another former News of the World editor who was, for a time, James Cameron’s media advisor before resigning this past spring as the phone hacking scandal was taking off for real, is allegedly about to be arrested. And more arrests are almost certain to follow. Then there’s the scandal at Scotland Yard, where it’s now clear there were perhaps quite a number of police on the News International payroll, so to speak. So not only is this a huge embarrassment for them, because they blew the first investigation of this so badly a couple of years ago. It also turns out that there were, and perhaps still are, obviously a bunch of cops who have been illegally taking money from a news organization.

Then there’s Cameron, who up to this past week has been able to float a bit above the fray—but no more. His hiring of Coulson as his media advisor was criticized at the time, and that criticism was ignored. But it now looks to have been prescient. Cameron is taking an increasing amount of heat here, not just for the Coulson decision, but also for his closeness to Brooks, whose family the Camerons had to Christmas dinner. Cameron is a smart guy, and generally has proven to be politically adept—but this will linger. In part because the government still has yet to approve the takeover of BSkyB, which Rupert Murdoch desperately wants to accomplish—and the longer this goes on, the more difficulty the government will have in approving this, given everything that has come out the past couple of weeks. Today Jeremy Hunt, the Culture Secretary whose decision this will ultimately be, announced the decision was being put off until September, given the volume of mail and emails he was getting. And Parliament certainly looks set to step into the fray as well. The power Murdoch once had appears to be gone.

What does this tell us about Murdoch? I know people always say that it’s dangerous to underestimate him, and that may still be true. On the other hand, this has been festering for several years now, and has been outright problematic if not dangerous for months, and was still allowed to fester until it finally exploded. What were his people thinking? He was here in the Spring, remember, to straighten this all out. But, as I think about it, he actually didn’t have much to say then. And what he’s said recently has sounded suspiciously like what other News Corp and NI people have been saying. So is he just flailing around, or what? Well, I figure one of three things happened last spring. First, he may have learned then how bad this all was, and decided to wait it out, hoping that the BSkyB transaction would get through, and then deal with whatever the fallout was afterwards. It was a calculated business decision, and it didn’t work, but Murdoch is above all else a businessman, and he knows the potential payoffs and costs of calculated risks.

Second, he was outright lied to. But this means that not only Brooks lied to him, but probably his son as well. The first I would believe, the second seems less likely. But stranger things have happened. And it explains why Murdoch, who normally solves problems before they become crises, has been so casual about all this. Third, he’s just dottering around at this point, and didn’t really grasp the significance of all of this. Which would be one of the risks of letting an 80 year-old run a large corporation. But which would also explain quite a lot. This last possibility is one that will probably be concerning News Corporation shareholders the most. If the company founder and largest stockholder is losing it, what do you do? Not that I have a whole lot of sympathy for News Corp shareholders. They’re the ones who continue to allow Roger Ailes to foist Fox News on America.

I do have to say that as a committed news junkie, this is great stuff. And I’m not alone. This has become gripping, the way Watergate was, as Alexander Cockburn reminds us. So much so that it’s easy to forget the pain and suffering that News of the World practices have inflicted on people who already were dealing with a lot of pain and suffering to begin with. There’s a certain irony here that Murdoch would understand if he had any distance from this—he’s been pushing to get approval for the BSkyB takeover because he’s been concerned that its share price would keep rising to prohibitive levels, making any acquisition by News International more expensive. Too bad he didn’t consider what might happen to NI and News Corp share prices if he let this get out of hand.

Anyway, more details tomorrow, I’m sure. Oh, and by the way, remember when we wondered whether Murdoch had an Internet strategy? Apparently the answer is no.

Mobile phones have been such a transformative technology you would think there would be more stamps with mobile phones on them You would be wrong—this not very attractive stamp from Denmark seems to be it.