The end of an era, man 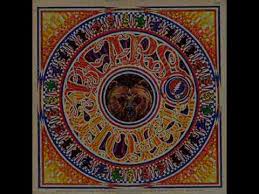 Good old Owsley Stanley, purveyor of the best LSD ever, I’m assured, and designer of, among other things, the good old Grateful Dead’s Steal Your Face logo, as well as much of their sound system and sound, has died. Not from an overdose, as one might expect—Stanley was pretty pristine regarding what he ingested, as the NY Times obituary attests. Rather, from an automobile accident in Australia, where he had lived much of his later life. Stanley achieved legendary status in the 1960s, that best of decades, through his skills in chemical manufacture, but as he always said, he only started manufacturing LSD because he wanted to be sure of what was in it. He only ate meat, too. He is probably best remembered by some as the supplier of acid to Ken Kesey’s trips festivals described hilariously in Tom Wolfe’s The Electric Kool-Aid Acid Test, which recounted Kesey’s adventures among the psychedelics, not to mention the Hell’s Angels, much like an anthropological study written entirely from the right hemisphere.

Stanley managed to find himself, as some would say, at the right place in the right time for his particular skillset. He managed to start making acid for the absolutely right people—rock bands—at absolutely the right time. After 1963, when the original patent expired, anyone could churn this stuff out, and at times it seemed that anyone did. This was back when lots of people thought taking acid was a cool thing to do, and for many people, it probably was. For some, not so much, but that’s true for any sort of pharmacological substance that has a tendency to alter perceptions of reality, alcohol most certainly included.

Stanley’s career during the 1960s and 1970s was one that seems almost dreamlike now—maker of acid and principal sound guy for the Dead. Which meant, presumably, he spent his time on tour with the Dead, and selling acid all over the place. He did, of course, go to prison for the selling acid part of this equation. People seemed pretty pleased with the product at the time, though. Then, of course, that nasty old US government stepped in and banned its possession in 1968. What seems little remembered now is that for decades, LSD had an important role in psychiatric treatment—it was originally synthesized at the pharmaceutical firm Sandoz Laboratories in 1938, and for decades was used by shrinks for treatment of a variety of disorders. It was the drug of choice for therapy, apparently. Cary Grant stunned everyone by revealing he had taken LSD more than 60 times for treatment. Grant thought it was great. He wasn’t alone.

And this was a time when altered states seemed like a groovy idea, and the LSD experience proved to be widespread, and great copy for a media that had little sense of what was going on, other than there was something out there called the counter-culture, which no one really had a clue about. And before it got co-opted by the media and the advertising industry, it did seem like a genuine attempt to develop some alternative modes of living. There was a thriving back to the land movement for a time there. And a thriving lively investigation of “Where do we want to go and how do we want to get there?” types of questions. It’s the same spirit that gave is the transformative The Whole Earth Catalog. Surprisingly, much of this persisted well into the 1970s, particularly in the environmental movement, although without the psychedelics, of course, and the 1960s didn’t really die until the election of Ronald Reagan killed it off in 1980.

LSD died well before that, of course. The threat provided by that age old tension between control and ecstasy resulted in a predictable reaction—attempting to shut down the potential sources of ecstasy. We’ve been through this before throughout the whole of human history, since priests came along, and we’ll go through it again. This tension probably is a characteristic of human culture—as Terence McKenna has argued (in, for example, Food of the Gods), there’s ample evidence that humanity has spent much of its history in various altered states. Our survival mechanisms must indeed be pretty powerful. And what scared people in the 1960s is the same thing that always scares people about any substance that alters perceptions—loss of control. So there was the predictable response from conservative America (and Britain, to a lesser extent) to ban the substance, as if that was supposed to do any good. All it ended up doing, as Stanley feared, was degrade the quality of the merchandise, as they say, and lots of bad trips resulted.

Stanley continued to thrive, because in addition to chemicals, he knew about sound and electronics from his stint in the Air Force, and he somehow ended up as not only one of the Dead’s early financial backers, and principal substance purveyor, but also their sound guy, along with Bob Thomas. Stanley’s nickname was Bear, and there’s a Dead album titled Bear’s Choice, which are some of his favorite Dead cuts. A live album, too. The Dead, it should be said, revolutionized live music recording and performance as much as the Beatles did in the studio, and much of that was Stanley. It should also be noted that the Dead weren’t nearly as fastidious as Stanley in their ingestion of various pharmacological substances—Pig-Pen, Brent Mydland, and, of course, Jerry Garcia all managed to OD on something or other. But not Stanley’s acid. (Being a keyboardist for the Dead at times seemed to resemble being Spinal Tap’s drummer, but maybe that’s just with hindsight.)

It was quite a time, and Stanley was in the middle of it, right there in San Francisco. It gave us great music, a new journalism, The Whole Earth Catalog, Jerry Brown, hippie dresses, much better food for a time there, and a level of social concern that has not been duplicated since. That it went sour eventually was not the fault of those whose ideals, or for that matter simple playfulness, drove the period. Culture changes, and the period is now regarded with some degree of amusement, if not outright scorn, depending on your point of view. It’s scary to see how much of the Republican agenda, driven by windbags like Gingrich and Limbaugh, still embodies the culture wars of the 1960s. But they weren’t really wars at all. More like skirmishes. But it’s funny from where I sit now to discover that hippie is now a derogatory term for people who attended Grateful Dead concerts in the 1990s.

There was the real work of the civil rights movement, which was the significant achievement of the 1960s. The rest was driven by, well, what, exactly? Much of the attractiveness of what was termed the counter-culture was that it didn’t really take itself seriously. A sense of playfulness on a societal level, I suppose. Of course, that war and the draft overhung everything, so there were a sizable number of people who, given the absurdity of that event, weren’t prepared to be serious about much of anything else. Who wouldn’t want to listen to the Dead with a bunch of your friends, all wearing funny clothes, while pondering how cool it was that men were walking around on the moon or orbiting the planet, and wondering if you were going to be drafted the following week? But that time has passed, as these things tend to do. And digging out that old headband won’t bring it back, fun as it was.