Food prices, Tunisia and what’s next 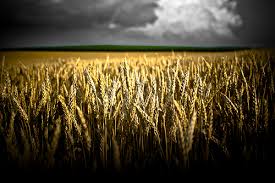 Just last week we were reading various reports about sharply rising food prices and demonstrations that were turning into riots in a number of countries. And then we had a revolution in Tunisia, toppling a dictator (western supported, of course) who had been in power for decades. And now we’re reading about concerns about a domino effect of the potential collapse of a variety of mideast dictatorships or kingdoms. And, true to form, we’re already seeing some governments furiously lowering food prices in an attempt to forestall more rioting—in fact, Algeria has already done so.

Let’s be clear about this—this should not have come as a surprise. What is surprising, perhaps, is that the demonstrations and rioting in Tunisia were actually successful in driving out a hated government—although what will replace it remains a bit unclear. What prompted the riots in the first place was a dramatic rise in food prices. We discussed the global food situation and its precarious balance two months ago, and cautioned that this was likely to get worse. And sure enough, it has. Commodity prices, especially grain prices, keep rising in the face of constant downward revisions to estimates of what the global grain and other commodity harvests will be this year, and many commodity prices remain at or near historic high prices. Then there are those floods in Queensland, and a pretty alarming year for extreme weather events, probably related to a pretty strong La Niña which will continue to affect crop production in 2011. Over at Reuters, Peter Apps has done a good summary of some of the potential trouble spots that are likely to be affected by a catastrophic increase in the price of basic staples. And you know what? There are a LOT of them. Egypt. Syria. Saudi Arabia. Morocco. The list is long.

It is not surprising that most of these countries are political dictatorships—or at least hardly functioning democracies. One could call Egypt a democracy, I suppose, in the same way that Russia and China are democracies—everyone gets to vote. But in many cases, like Egypt and Saudi Arabia, these countries are the opposite of democracies because of US (and Europe and Russia, it should be noted) pressure to keep the lid on Islamist revolt. But this is going to be harder to do if the governments in question can‘t keep food prices low enough for the majority of these countries’ populations. Which, let’s face it, are usually poor, in fact direly so. These are countries where economic opportunities are limited, unemployment (especially among young males) is high and getting higher, and where food prices suddenly aren’t low. They’re going up. Because that’s what food prices around the world are doing again.

The UN Food and Agricultural Organization (FAO) recently ( January 5th, in fact) warned that we are likely to see a repeat of the food riots that shook governments in 2008. That was pretty prescient of them, but at least someone is paying attention. Well, it’s not just Mozambique or India any more—it’s counties in the most geopolitically unstable part of the world. Let’s hope we don’t start seeing similar riots in Pakistan. But Pakistan has a lot of poor people too.

Lester Brown has been nattering on about this for years now, hoping that someone would start taking notice. He has recently pointed out that we’ve been in a food bubble, and it’s bursting. As far as I can tell, political institutions aren’t particularly well prepared for this. Certainly the Tunisian government wasn’t. We all knew there was a day of reckoning coming, except for the significant portion of the political class that remains in denial, or just assumed that we had lots of time. Well, we may not have all that much time. Brown has a number of suggestions about how to forestall a global environmental and food crisis, but what about the political crises that we’re about to be hit with if food prices keep escalating? We keep telling ourselves that technology somehow will save the day. But, you know, at some point there just might not be enough food to go around. Then what?