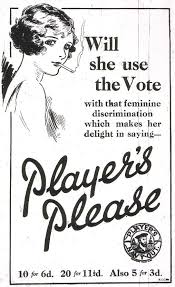 It’s high political season in the UK, with the Lib Dem and Labour party conferences going on over the past week. The big news, of course, is that the Labour party has a new leader. Ed Miliband, who has had virtually no life outside of politics since leaving university, managed to eke out a victory over his brother David, who was considered the front-runner up to a few days prior to the conference. Lord knows what sort of psychodrama accounts for Ed, the younger brother, deciding to run against his older brother for the leadership of the Labour party. Whether David’s wife, who is urging David to leave the politics or something, will ever again speak to Ed and his not-quite-married partner remains to be seen, and we don’t imagine the family get-togethers for the holidays will be particularly lively. Especially since Ed only won on the fourth ballot, and only won because of the votes from the Labour unions—he didn’t carry the MPs, and he didn’t carry the Labour party members, both of whom preferred David. (It’s a weird voting system, one that I imagine will be facing some calls for change after this result.)

So what does this mean for the Labour Party? Well, David ran as the consensus candidate, and not much else—he was foreign minister in the last government, and had held a variety of ministerial posts prior to that under both Blair and Brown. Ed ran on a platform of moving away from the Blair/Brown vision of New Labour, a vision that did manage to get a Labour majority for every election since 1997—except the last one, of course. But it’s clear that New Labour, whatever it was, had run its course. Blair is hugely unpopular in the Britain these days, and Brown—well, he led his government to a defeat. So there’s been lots of posturing on what direction Labour should take. The papers have been bleating with concerns that “Red Ed,” which Ed has the good sense to laugh off, will return to the Labour Party of the 1970s. Like that’s going to happen, but it doesn’t stop the bloviating. Ed’s first major speech yesterday was sort of blah, it has to be said. But that’s because Ed himself is sort of blah. Pretty much like David. Both Ed and David are pretty smart, though, and Ed is smart enough to have beaten David (and the three other candidates) and now lead the major opposition party. Actually, pretty much the only opposition party. But he is prone to saying nonsense like “Today a new generation has taken charge of Labour, a new generation that understands the call of change.” Whatever that means.

Ed is now pretty much in the same position that poor William Hague was in after New Labour was elected in the 1997 landslide—putting together the wreckage of a split and demoralized party. Actually, it’s not quite that bad—Labour is currently a point or two ahead of the Conservatives in the polls, in fact, benefiting from increased concern over the potential scope of proposed budget cuts. But there are real differences within the party, and in its leadership, and he will need to be, well, a pretty good politician to pull this together. In some respects he’s got a lot going for him—he came into Parliament after the Iraq invasion, opposing it, but more significantly, not voting for it in the first place, as David did—and, it has to be said, nearly all the Labour leadership of the time. He’s also not bad on a couple of other things—he was the minister in charge of Climate Change under Gordon Brown, and takes it seriously, so he should be able to keep some pressure on Cameron and Clegg if they show some signs of backsliding, or if some of the more absurd cuts being bandied about actually get pushed forward. Plus he’s very dubious on the wisdom of the current plan to replace the Trident nuclear defense system, although the whole issue may be booted forward until after the next election, five years from now. And he has been saying, admittedly in very general terms, some of the right things about rolling back some of the more egregious Labour attacks on civil liberties—although we’ll see about this one.

And he’s right about having to make a break with New Labour—on Iraq, on the incessant fawning on the banking sector which led to abject failures of regulation, the never-ending adulation of everything American. Much of this was in his speech today, especially Iraq—and much of the former leadership, including David, was offended by this, apparently. But it needed to be said—and Ed, at least, recognized this. Part of Labour’s problem during the last campaign is it wouldn’t fess up to any of its manifest failures, particularly Iraq. It’s not clear whether or not Ed really means it, by the way, but that’s almost incidental. Labour was not going to be able to expand its appeal until someone moved on the Iraq war. And on the great political and moral issue of our time, Ed has indicated—pretty strongly, it has to be said—that Blair and Brown made a hash of this, and that it was time to acknowledge this. The faces of people like Jack Straw while Ed was giving his speech were priceless—that alone makes me feel better. As does the warm feeling inside coming from knowing that Tony Blair and Peter Mandelson undoubtedly are furious, but need to keep their mouths shut.

Still, there’s not a whole lot of reason for optimism here, and Justin McKeating has it about right, we think. Moreover, Ed, like many younger politicians these days (Ed is all of 40), represents a dangerous trend—the politician who has never, ever had a real job. We’ve noticed this among republicans in the US as well, especially among the younger ones—guys (and the occasional gal) who joins the College Republicans, parlay that into an internship at a conservative think tank for a couple of years, and then starts running for congress. Ed is a bit smarter than most of this ilk, we happily admit. But still, it would be nice if there were some reason to think that he’ll do any better than William Hague did as the first caretaker of the Tories. Eddie Izzard is a fan, which can’t be a bad thing, but is probably not sufficient.

All of this followed hard on the heels of the Lib Dem party conference last week. The press was salivating over the prospect of a party tearing itself apart at the seams. But the conference turned into a pretty mild, boring and optimistic affair. Yes, there are some Lib Dems still unhappy about being in a coalition with the conservatives. But most of the party actually seemed pretty content with the fact that the party was in government power after decades in the wilderness, and was having a meaningful impact on policies. Clegg gave an OK speech, Vince Cable gave a rabblerouser, and it appeared that a good time was had by most.

Next up—the Conservatives, who seem to be even more determined to form a circular firing squad than the Lib Dems, even though they’re running things now.