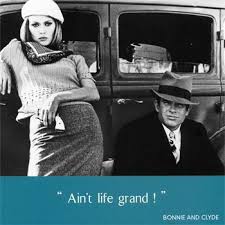 Film and stage director Arthur Penn has died, age 88. Penn was one of the most important, if least prolific, film directors of the past half century, and if his only movie had been Bonnie and Clyde, his place in film and cultural history would be assured. That wasn’t all–his other film credits included gems such as Alice’s Restaurant, Penn and Teller Get Killed, and Night Moves, and some interesting messes like Little Big Man (which still contained an astonishing performance from Dustin Hoffman) and The Missouri Breaks (one of Marlon Brando’s most entertaining performances). But it was as a television and stage director that Penn initially made his mark, with The Miracle Worker, followed by a raft of others. Penn himself was responsible for all three versions of The Miracle Worker–television, Broadway, and the film version, which won Oscars for both Anne Bancroft and Patty Duke.

It’s safe to say that Bonnie and Clyde, with its dramatically different treatment of both violence and sex, changed everything–made in 1967, it influenced a whole series of directors–Coppola, Scorcese, Peckinpah, Altman, everyone, and movies were never the same. Little known fact–the screenplay was by Robert Benton and David Newman, who had previously collaborated on the Dubious Achievement Awards at Esquire back when the awards were funny, and Esquire was required reading. Penn’s brother, the photographer Irving Penn, died last year. Penn hadn’t done any major film work for some time, but he didn’t need to–he left his mark.