Time for a new economic paradigm? 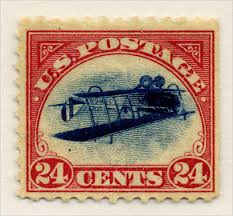 News that President Obama’s Chief economic adviser, Larry Summers, will be leaving at year end gave a number of commentators the opportunity to suggest replacement candidates. Many of these suggestions take the form of bringing in someone from the business community, on the mistaken assumption that Obama is anti-business. He’s not, but you can’t stop a good meme, apparently, even if it’s wrong. There’s a broader point, though. Summers, though undoubtedly a very smart guy, does represent the consensus economic view that globalization is a good thing. Now, “globalization” is a pretty loaded term, but we all know the general story—eliminate trade barriers, and everyone benefits. And it’s time for the Democrats to re-think their commitment to this policy.

Summers isn’t the only bright guy to have fallen for this—the world is full of political leaders (Bill Clinton, for example) who continue to believe that the economic benefits of globalization outweigh the costs (although Clinton seems to be moderating his enthusiasm). There’s a lively debate to be had here, which is ongoing, generating books right and left on the subject. The problem is that reality refuses to cooperate with those who keep saying that the US will benefit from current trends. So it’s time to give up the notion that it’s working, at least for American workers, and indeed the American economy.

Yet many of Mr Summers’ very same admirers have also become his detractors. Put simply, they see him as the face of a paradigm that has outlived its usefulness – the view that globalisation is an unmixed blessing for the US economy, and that America’s disappearing manufacturing jobs will be replaced by high-value jobs in the service sector. Things do not appear to be working out that way.

Take Applied Materials, a big US manufacturing company, which earlier this year shifted its chief technology officer and research and development operations to China. The company said it needed its R&D to be close to the source of its manufacturing operations and to its biggest future market. This is the opposite of what is supposed to happen. America was meant to keep the high-end jobs at home, while China would get all the low-value added production.

But in practice researchers benefit from proximity to the production processes, which require constant trial and error. A cursory look at the US’s trade deficit illustrates the trend. Far from importing low cost manufactured goods, the US is buying high-tech stuff from such countries as China and Brazil, including aircraft engines, computers, turbines and heavy duty trucks. And it is exporting growing volumes of low-tech stuff, including pulp and paper, oil seeds and other commodities. People who lose their jobs in the US are on average moving to jobs that pay roughly a fifth less than their previous jobs. Others are having difficulty finding any jobs at all.

That trend has only been accelerated by the Great Recession. According to Manufacturing and Technology News, the number of US workers displaced by US trade policy rose by 59 per cent in 2009 over 2008, thus qualifying for special benefits from the US Department of Labor. The same publication reports that the US now accounts for less than 5 per cent of global solar panel production despite the fact that it invented the technology in the 1980s.

The direction is hard to deny. America is not producing new jobs in anything like the quality or the quantity it needs to replace the high-end jobs it is losing. Mr Summers’ exit therefore offers Mr Obama an unusually important chance to think radically about the kind of economic legacy he wishes to leave.

Whether Obama will take the opportunity Luce envisions is doubtful–Obama is a pretty cautious, consensus-building kind of guy (perhaps too much so for many progressives), and we’re talking about a pretty radical re-think of one of the major foundations of economic policy of the past several decades. And given the outright economic illiteracy of the opposition, it’s not clear that there would be widespread support for bringing in someone whose views would, if not deriving from the current consensus, immediately be labeled as representing “industrial policy” by Republicans and, undoubtedly, the US financial press.

On the other hand, even Obama must recognize that much of the advice he received from people like Summers (not to mention former mavens such as Robert Rubin) has been simply wrong—the American economy is not bouncing back the way it was supposed to, and Obama and the Democrats are going to pay a political price. This is not a surprise, by the way, to a number of commentators—Paul Krugman and others have been banging on about this for a while now. The broader point is that a number of economists have, for years (at least as far back as Cohen and Zysman’s Manufacturing Matters in 1987), been warning of the dangers of losing a manufacturing base in America. They’ve been in the minority among opinion-makers, however, certainly in contrast to the bright lights of the Chicago School who brought us the lack of regulation in the financial sector that brought the world’s financial system to the brink two years ago.

And since we brought up industrial policy, let’s just close with an observation on Germany, where unions are strong (and often represented on boards of directors), and industrial policy has never quite gone out of style. After all, some major German companies (Volkswagen being the largest) are partially state-owned. Not only is unemployment lower in Germany than in the US, it looks set to approach an 18 year low, while the US continues to trend in the opposite direction. Up to last year, Germany was the world’s largest exporter—that’s right, it was. China only passed it last year, and Germany may come back strong this year. And just today, The Financial Times tells us that Siemens, Germany’s largest industrial company, is offering lifetime job security to its domestic employees. I wonder how that would sound to the millions in America who have lost manufacturing jobs that are just not coming back. I know, they’re supposed to get jobs doing symbolic work or something. Good luck with that.