I recently completed my fifth trip through Joseph Ellis’s indispensable Founding Brothers. Winner of the Pulitzer Prize in History in 2001, the book provides one of the best all-around glimpses of the Founders, depicting them more like a squabbling family than a collection of wizened sages.

The book has had a profound influence on the way I understand the founding of the Republic, and it’s certainly had a huge influence in shaping my attitudes about the Founders themselves. It’s the book, for instance, that first transformed me into an Adams fan (and, in particular, I like the way the book treats Abigail Adams with the same kind of primacy it gives her husband, Jefferson, Washington, Madison, Franklin, Hamilton, and Burr).

“All the vanguard members of the revolutionary generation developed a keen sense of their historical significance even while they were still making the history on which their reputations would rest,” Ellis writes. “They began posing for posterity, writing letters to us as much to one another, especially toward the end of their respective careers. If they sometimes look like marble statues, that is how they wanted to look. (John Adams is one of my favorite characters…because he was congenitally incapable of holding the pose. His refreshing and often irreverent candor provides the clearest window into the deeper ambitions and clashing vanities that propelled them all.)”

Ellis’s book tells the story of the Founders through six key episodes: the duel between Hamilton and Burr; a dinner between Jefferson, Madison, and Hamilton that led to some sweeping political compromises; Franklin’s attempt to abolish slavery and Madison’s maneuverings to stop him; Washington’s Farewell Address; the Madison/Jefferson and Adams/Adams political collaborations; and the late-in-life correspondence between Adams and Jefferson (which is, I think, a remarkable story in and of itself). 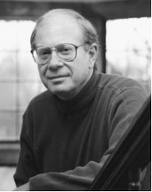 The fact that the Founders had very different ideas of what the Revolution meant, and how those ideas should be put into practice through governance, sheds much light on contemporary American politics. In fact, if Ellis is to be believed (and he should be) it seems politics haven’t changed much since the 1790s.

Not only does it provide fascinating character sketches, Founding Brothers offers compelling narrative, too. Ellis’s analysis is also excellent and well-laid out.

Few books are as essential.