So last weekend we finally finished the Capital Ring walk. This is a 75-mile walk around London, in fifteen separate walks, that takes you through a whole raft of neighborhoods, parks, and interesting sites around London. London is such a big city geographically that you tend to forget how large it actually is. But this was a wonderful way to experience how much diversity and geography London actually has. We haven’t actually updated since we finished the halfway point, many months ago, so this seems opportune.

We started about a year ago at Crystal Palace, the southernmost point of the walk, and that’s where we finished up as well. The Crystal Palace, remember, was the great Pavilion erected for the Royal Exhibition of 1851, which showcased Britain and its empire to the world. The Exhibition was originally held in Hyde Park, but was so popular that the Palace itself was moved to the region now known as Crystal Palace in 1854. It remained a major cultural attraction for decades, until the great fire that destroyed the palace in 1936. It was never rebuilt, but you can still see the place where it stood, and a number of the original stairways, that were not destroyed during the fire. And boy, it was big.

The Crystal Palace part of the walk is a hoot-it includes one of London’s nicest parks, and has the dinosaurs that were reconstructed by Robert Owen in 1854. Today, these look comical, but at the time they represented the best guess of what dinosaurs actually looked like. Victorians were caught up and impassioned by the earth’s geological and biological history, which was being discovered and explored at the time, and the preservation of these views of the past are in themselves worth the visit. 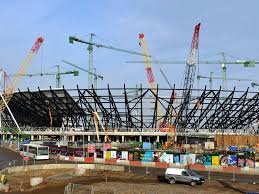 Anyway, we started this great walk a year ago, and more or less finished up exactly to the date, one year later. The last couple of walks were a mix, frankly—some long, boring stretches in the northeast where I actually wished I had a bicycle, punctuated by two or three walks that were just fascinating for the changes in local environments that they took you through. One of the high points was the walk from Stoke Newington to Hackeny Wick, and from Hackney Wick to Becton District Park—both of these took us by the site of the 2012 Olympics, with a flurry of construction going on, even on weekends. In fact, it now looks as if the Olympic site is not only on budget, but is ahead of schedule. In a country where it occasionally seems that things don’t get finished, this one will be, and it’s going to be great. I can’t wait, actually. We’re receiving lots of free advice abut how we should rent out our flat and make a bunch of money, but you know what? I want to see the Olympics. It’s just a short train ride from home, and it’s going to be great. One of the cool things on the this leg of the walk is the viewing blind that’s been set up that overlooks the construction site, complete with coffee bar, and exhibits of school artwork and whatnot.

There were a number of fascinating aspects to the eastern part of the walk. It’s much flatter most of the time, so the walking is a bit easier. But parts of it were a bit boring, if truth be told, especially the areas to the far east, around City Airport in particular. But then, as we crossed the Thames at the eastern point of the walk, you could look west and see Canary Wharf in the distance. Which was pretty cool, since you normally think of Canary Wharf as being on the eastern edge of the city. But this is more urban presumptuousness than anything else. And walking around City Airport was kind of a hoot. It was a Saturday, when there isn’t actually a whole lot of flying in and out anyway, which made the occasional plane coming in for a landing even more exciting.

And there were undeniable delights in this section as well. For one thing, the parks. There are so many of them, and some of them, particularly on the Falconwood to Grove Park leg, were top notch—some beautiful landscaping and design, and some old growth forest thrown in for good measure. We live right down the road from Hampstead Heath, so we’re constantly being told by fellow Hampsteaders that the Heath is the greatest thing going. Not true. There are so many great parks in London, but most of them are places that lack a literary class, so we don’t hear about them very much. But they’re out there, uncrowded and a joy to behold.

And other delights as well. The walk from Highgate to Stoke Newington walk followed the New River for much of the way, and while there were parts that were a bit dreary, it was mostly like following a nature trail. And much of the rest was an abandoned rail line that cut through some fascinating neighborhoods. And churches! For genuine church tourists like us, there are never enough churches, but for normal people, there’s just the right amount! 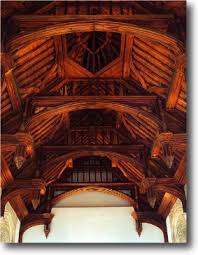 And who knew Eltham was horse country? Well, aside from the people who live in Eltham. Also in Eltham was King John’s Walk, which dates to, you guessed it, and has been a thoroughfare for nearly a millennium. England is full of these little secrets, but few of them are left in London. And let’s not forget Eltham Palace, which dates back to the 14th century, but was bought and updated by the Courtauld family in the 1930s, before being turned over to English heritage.

In fact, this leg of the Capital Ring (from Falconwood to Grove Park) was emblematic of the joys of the entire walk—constant surprises along the way, both historical and natural, all in the context of a living and breathing London. For the entire walk, when not in parks or forests of some sort, took you through a wonderful array of London neighborhoods, where all sorts of people live. London is a middle class city, and has been for some time, and you tend to forget that if you spend most of your time in the center of the city. But what you experience through the Capital Ring walk is how ethnically 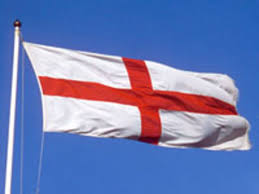 and racially diverse this middle class actually is. The number of languages one hears spoken along this walk is astonishing—but it’s all people living in, and at home in, London, tending their homes and gardens, and their neighborhoods. It’s a heartening display of how diversity can thrive and prosper, given the right political and cultural context. Because for all this diversity, there’s no doubt that you’re in London, and in England. There were flags of St George (in support of the English football team) along the entire walk, no matter what sort of neighborhood you were walking through—Indian, Pakistani, African, Polish, whatever. It really is a great melting pot, as much as any city in the world—maybe more so.

So we’re ready to do it again—in fact, Mrs W knows someone who has done it twice with her husband. So it’s a real option. We know where the plums and blackberries are to be found, waiting to be picked in the fall. We know where the good pubs are. Unless, of course, we decide to do the London Loop instead.