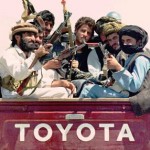 Remember the last year, when Big 3 executives went pleading for salvation in Washington? Of course you do, and you probably remember the Southern politicians telling them to shove it because the transplant factories of the South were the beacon of union-free automotive manufacturing. The foreign companies that own those factories were models of efficient production that could carry the weight, so send the domestics to the dustbin of Soviet Socialist history. On the other side of the political divide, liberals sang the praises of their efficient, reliable Toyotas. They cursed the domestics and beyond the bleeding of their hearts for those blue collar workers in the Rust Belt, cared little for the collapse of the domestic auto industry. Many of them cheered because the domestics make “inferior” products in any case.

Now Akio Toyoda is ready to commit seppuku because Toyota is on the brink of “capitulation to irrelevance or death”. That would explain why it still wants the millions promised to it by the state of California early this year for training workers, even after it pulled out of the NUMMI plant that will put close to 5,000 workers on unemployment.

Mr. Toyoda believes that the company his grandfather founded has already passed through the first three stages of corporate decline: hubris born of success, undisciplined pursuit of more, and denial of risk and peril. Shit, just who learned what from the NUMMI project?

Watch out Senators from the Kudzustans, it looks like you hitched your wagons to the new GM after all.

I should be a big fan of Toyota. I drive one that’s provided 23 years of service. Then again, my Toyota is one of the models that the company built its reputation on rather than the product they produce now, which merely trades on that reputation.

Once upon a time, Toyota made relatively simple vehicles built to warlord grade specifications. Today, they build bloated appliances, lacking any sort of character, full of cupholders and useless crap. Their current flagship, the Prius, is a far cry from the ad campaign’s claim of “harmony between man, machine and nature”. It weighs in at 3000 lbs and looks like an obese American stuffed into spandex. For comparison, my truck tips the scales at 3500 lbs, but my truck is made of nothing but steel and designed to be indestructible.

The Prius gets worse mileage and emits more CO2 than a Euro-spec, diesel Fiesta. And to achieve those sub-optimal numbers requires two complete drive trains and their associated manufacturing costs. Toyota could replace the gasoline engine in the Prius with a diesel and watch the mpg numbers rocket; they could design that diesel to run on 50% recycled vegetable oil. The gasoline engine could be tuned to run on propane/LNG so that the Prius would be basically zero-emissions. Instead, they got the vehicle reclassified as mid-sized so that it’s reputation doesn’t have to compete with smaller, more efficient vehicles.

Never mind the floor mats of death. Go to a Toyota dealership and look around. Not only will you see a lineup populated by bloated trucks, SUV’s and crossovers (which should be called “fat wagons”) that put to rest the popular meme that Toyota makes mostly fuel efficient vehicles, you’ll also see and feel a level of plastic cheapness and cut corners in assembly that gives any American make a run for its money.

So to Mr. Toyoda i will suggest looking backwards to find the future of his family’s once great company.

Quit trying to foist cheap plastic crap and Prii on me and start building vehicles like this again and i will think about buying a Toyota.

Part two, which is every bit as dastardly as part one, can be seen here.