Scientists are understandably concerned about the impact that thawing and decaying permafrost will have on the world’s climate. Methane is a more potent greenhouse gas than carbon dioxide (CO2), and there’s a massive amount of organic matter stored in the world’s permafrost, up to 1/6 the entire amount of carbon in the atmosphere just in North America’s permafrost, never mind offshore methane hydrates and permafrost in Asia that is already showing signs of melting. And now the New York Times and Bloomberg, among others, are telling their readers that arctic permafrost may not hasten global warming. Unfortunately, while they’re technically correct, there’s also a great deal more going on than just a competing scientific paper about whether or not permafrost will impact global heating.

First, let’s examine the two article’s titles (which are representative of other articles on the same study in the journal Science). The NYTimes article is titled “Permafrost May Survive Global Climate Change, New Evidence Suggests” and the Bloomberg article is titled “Arctic Permafrost May Not Hasten Global Warming, Study Says”. In both cases, however, the titles state more certainty about permafrost than the actual scientific paper, and in fact the NYTimes article has a quote from one of the paper’s authors that contradicts the article’s title:

“But I don’t want people to think we don’t have to worry about global climate change,” Dr. Froese said. “The top couple of yards of permafrost are still quite likely to melt as temperatures warm, and there is plenty of carbon stored in them.”

In other words, some of the permafrost is likely to survive while the rest of it is likely to thaw and start releasing greenhouse gases into the atmosphere.

In addition, the authors of the paper appear to have gone looking for the oldest permafrost and ice they could fine, not necessarily the most representative sample of the ice. According to the Bloomberg article:

The soil examined is the oldest-known permafrost in North America, the research said.

If we take this statement on face value as an accurate statement of the paper (and since I can’t find the actual paper free online, just its abstract, I’ll have to), then this means something that neither article discusses: if the oldest permafrost is 700,000 years old, that means all of the rest of the permafrost has thawed at least once between today and 700,000 years ago.

Dr. Froese says that all the other permafrost has thawed out since 700,000 years ago at least once. There’s a massive amount of carbon in the upper two meters of permafrost in North America alone. So yes, some permafrost may survive global climate change, and the little bit of still frozen permafrost that survives won’t release what little carbon it holds into the air to hasten global warming. But for some reason, my concerns about thawing permafrost dumping gigatons of carbon into the atmosphere haven’t been alleviated. 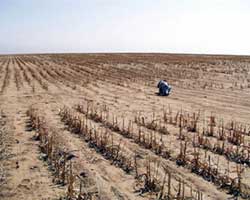 In the event that the entire 3.8 million cubic kilometers of ice in the West Antarctic Ice Sheet were to melt suddenly, sea levels globally would rise between 4 and 6 meters (13 to 20 feet), flooding huge amounts of coastline. If this was on top of the expected Greenland melting, the total combined sea level rise would be more like 11 to 13 meters (36 to 43 feet). If you want to see what that would do the coasts around the world, this site is a great visual reference. The big concern with the subarctic forest and permafrost positive feedbacks is a shutdown of the Gulf Stream and other oceanic currents that keep Europe reasonably temperate and habitable. The concern with the thawing of methane hydrates is that they’ll release massive amounts of methane into the atmosphere in the Arctic (where the hydrate deposits are most vulnerable to release due to other effects) and kick global heating into overdrive as well as kill off some of the world’s most productive ocean regions. And megadroughts in North America could turn the high plains into a sand dune desert as it has been in the past or change the yearly monsoon rain patterns rapidly in unpredictable ways (local flooding, years of drought, lowered water table, etc.).

The point of all this is to understand what the warning signs of abrupt climate change are early enough to be able to stop it. Because, by definition, if any one of these four things happens, it’ll overwhelm civilization’s ability to adapt, at least for a while. The High Plains turning into a sandy desert as the thin topsoil blows away in a megadrought doesn’t sound good to me, especially when there’s an example of what it might look like already happening in Oklahoma.

According to the London Independent, scientists have just completed a voyage along Russia’s entire Arctic coast and discovered something unexpected and very bad: methane is being released from hydrate deposit in large quantities. As discussed above, massive releases of methane into the air is one of the concerns about abrupt climate change, and the article says that there are areas off the Russian cost where methane concentrations in the air and water are 100 times greater than the normal background level.

According to the article, the areas affected by higher than usual methane concentrations cover “several tens of thousands of square kilometres, amounting to millions of tons of methane,” possibly equal in magnitude to previous estimates of methane emissions from the entire global ocean. And for the first time, instruments recorded methane being released in such large concentrations that the seawater wasn’t able to dissolve the gas entirely before it reached the surface, creating “chimneys” of methane bubbles from the ocean bottom to the surface.

Another study that came out recently discovered something that bodes poorly for companies and individuals hoping to use plants as carbon offsets. According to the study, as reported by the Christian Science Monitor, heat-stressed plants in at least one ecosystem (Oklahoma prairie) not only don’t absorb as much CO2 as they do under baseline climate conditions, but they also don’t absorb as much CO2 the following year either. If these results hold for other ecosystems as well, then this could lead to long-term problems with carbon offset accounting and climate modeling. There are already questions about how well boreal forest absorbs CO2, and if all ecosystems are found to be sensitive to relatively short hot spells like the Oklahoma prairie was, then CO2 absorption will become an even bigger unknown than it already is.

Arguably, the largest single unknown in all climate models is insufficient knowledge of how global heating will affect the water cycle. Warmer weather means more water vapor in the air, which may mean more clouds and higher reflectivity of solar energy – or, with the addition of aerosol pollution, more localized heat as clouds reflect the heat back at the surface. Similarly, more water vapor means more precipitation of all kinds, meaning more flooding, but also potentially more snow. According to New Scientist, new data shows that reduced pollution and warmer temperatures as a result of higher greenhouse gas concentrations has brought about higher precipitation.

In May, the Carboholic reported that Cisco DeVries of Berkeley, California had thought up a way for the city of Berkeley to help homeowners pay for photovoltaic panels on their homes – assess the cost in property taxes. According to the NYTimes last week, Mr. DeVries’ proposal was unanimously approved by the Berkeley city council.

The pilot program is only expected to work for about 50 homes, but if successful could be expanded to hundreds or thousands of homes and to other high cost home improvements like adding insulation throughout the walls and/or replacing single-paned windows with double-paned windows. The expected cost to homeowners who opt in is about another $180 in property taxes that will stay with the home even if the owners sell the home and move, but some amount of that increase would be offset by lower utilities bills. And according to the article, this plan is being watched closely by mayors and city councils around the country for possible implementation in their own cities and towns.

And, if it works out, all the home remodeling will provide thousands (or more) of new green construction jobs. 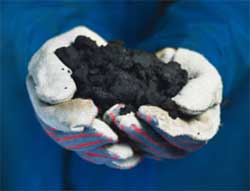 According to Canada.com, environmental groups and some investors are suggesting that the U.S. Securities and Exchange Commission (SEC) require companies who extract oil from Canadian tar sands to report the impacts of such extraction on the climate. The SEC announced plans to reclassify tar sands as oil resources instead of the current “mining” resource classification, and the letter that the investors and environmental groups sent was in response to this announcement.

According to the article, the letter says that the signatories are worried that tar sands will ultimately become “uneconomic”. The article quotes Meritas CEO Gary Hawton as saying “We think investors should be made fully aware of those risks,” and that those risks include “financial, environmental, social and ‘reputational risks.'” In response, Canadian Association of Petroleum Producers vice-president of markets and fiscal policy Greg Stringham said the following:

“Investors can inform themselves through the government of Canada” about carbon emissions and other costs facing oilsands projects as they can with all the other issues associated with biofuels or natural gas production or off-shore (resources). All of that is readily available to the investor, so it doesn’t have to be in the SEC regulation.”

In some sense, Stringham is right – the information is available, and hard-core investors will probably look it up. But I wonder how many investors ever research beyond the most basic documents that they’re mailed every year. They should, but most will not.

Nanotechnology is not a single technology in and of itself, but is rather an set of technologies and processes that enable other advances. According to Science News, a new nanotech-enabled method to convert sorbitol to hydrocarbons has been demonstrated. This technology uses 2-nanometer specks of a platinum-rhenium alloy on pure carbon to produce gaseous oxygen and hydrocarbons under laboratory conditions. The produced hydrocarbons can be converted into gasoline or used as feedstock for plastics and other chemicals. The main advantage of this production method is that at least one form of sugar can be converted into traditional fuels like gasoline directly instead of relying on bacteria or yeast to biologically produce ethanol, a fuel that is difficult to handle and lower energy, and this might lead to truly renewable and sustainable sources for gasoline.

There are a number of significant problems, however. First, sorbitol is the only sugar this new chemistry works with, and so more research needs to done to expand the number of sugars this process is effective on. Second, according to the article, Stefan Czernik, senior scientist at the National Bioenergy Center of the National Renewable Energy Laboratory, says that, while producing sorbitol from cellulosic feedstock is possible, it’s not cheap either in either economic or energy balance terms. Third, the catalysts use a platinium-rhenium alloy, and those two metals are among the most expensive metals there are. And fourth, the process needs to be scaled up from the laboratory to the scale of industrial fuel production.

In other words, there’s a lot more research here that needs to be done, but if the researchers have the time and money to do the research, their new nanotech-enabled chemical process has great potential.