Welcome to the jungle: How "gotcha capitalism" has destroyed the American social contract 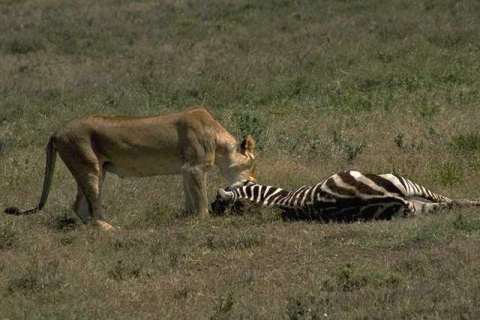 In order for a disparate group of individuals to band together into a workable community, there have to be rules, both implicit and explicit. There are laws that people agree to follow to preserve the good of the whole, and there are social constructs developed that the members adhere to. “Don’t screw your friends.” “Play fair.” “You get what you pay for.” Basic principles that everyone (at least overtly) respects, thus maintaining the even keel of the group.

But we’ve seen over the last thirty years a slow, deliberate erosion of those sort of rules, replaced with the glorification of the individual self as paramount. Nothing else matters but you and what you get for yourself. As long as you profit and make out okay, fuck everyone else. This has led to deliberately hostile, antagonistic moves between the buyer and seller in almost every kind of financial transaction imaginable, and many other social obligations besides. The name of the game is to screw the other guy, before he screws you.

MSNBC reporter, columnist, and author Bob Sullivan has explored the erosion of the social contract through the lens of what he smartly calls “gotcha capitalism”–how big businesses use inscrutable agreements, hidden fees, and “gotcha” penalties to wring extra profit from the consumer in everything from credit cards to cable TV contracts, taking advantage of nonexistent regulatory oversight to work their will. As Sullivan writes:

Fundamentally, â€œGotcha Capitalismâ€ is a story about the death of the price tag, about the constant bait-and-switch tactics that layer on fees and surcharges long after weâ€™re in a position to bargain over them. Itâ€™s about rampant false advertising, about the explosion of small print and asterisks and about the seeming disappearance of federal authorities working to keep our marketplaces fair. It’s about a threat to our economic system, which was designed to reward good companies with innovative products, low prices and smart employees, but now benefits cheating companies who hire the best liars and create the most misleading ads and confusing fine print.

You can see Sullivan’s theory (described at length in his excellent book of the same name) play out in decisions like that of Bank of America, which recently decided to hike the interest rates of many of its cardholders for literally no reason–at least no reason it would name, but in truth to help shore up its losses from exposure to the collapsed mortgage market. Essentially, the bank made a huge number of bad deals and is literally punishing its good customers in order to protect itself. By any standard, this is not playing fair.

Speaking of mortgages and not playing fair, Sullivan’s theory manifests again in a withering editorial by Elliot Spitzer, former Attorney General and current Governor of New York. Spitzer blasts the Bush Administration for actively opposing states’ efforts to combat predatory lending, even going so far as to pass federal regulations that blocked states from bringing suits against subprime lenders.

The social contract has been broken. Businesses use every trick in the book, from mandatory arbitration to universal default, to screw consumers over. Our areas of redress in government have not only diminished to insignificance, but often actively assist corporations in screwing us over. Is it any wonder, then, that citizens no longer feel an obligation to uphold their own social contracts, and do things like walk away from homes buried in debt?:

In recent years, we have also become aware of shifting social attitudes: debt is no longer viewed as a “moral” obligation, a binding social contract between consenting parties, but as an adversarial relationship between borrower and lender. Therefore, as conservative businesspeople we must also account for a higher probability that borrowers will walk away from their debts, if it suits them.

(This phenomenon requires a discussion all by itself. In brief, I believe it is ultimately the product of leadership failure, the placing of inordinate emphasis on “free” markets and individualism instead of regulation and the development of cohesive social structures. Let me put it in this – admittedly extreme- way: in the jungle no one owes anything to anyone.)

The glorification of the individual as the ultimate center of the universe brings with it a concurrent lack of shame or guilt. If you are all that matters–if you are everything there is–then you feel no remorse about anything you do. We’ve seen this abhorrent behavior made manifest in the every action of our so-called “leader” for the past eight years, but even Bush is just a symptom of the larger trend. And as a commenter on Sudden Debt notes, that lack of shame has spread from corporations down to individuals, who no longer care about the consequences of defaulting on loans or their mortgages:

I believe the shift in attitude re debt is due to the adversarial attitude taken by lenders. Anyone who’s ever had a debt collector after them can attest to that. Consumers have finally figured out the game. Defaulting on debt has always been a business decision, but the consumer has baggage of shame and guilt. The cut-throat attitude of lenders in getting consumers to borrow, and then collecting the debt has finally taken its toll. Consumers have woken up, and did the only thing they can – refuse to pay.

In order for a society to function, there have to be rules that everyone adheres to. If no one follows the rules, then it really is every man for himself. And if we don’t stop glorifying the self as the ultimate–if we don’t stop treating citizens like criminals and patsies to be played and bilked at every turn–if we don’t reinvest our common government with the power to protect its people–then we’ll have no society.

Welcome to the jungle.

UPDATE: I would be remiss if I didn’t include a link to Sean-Paul Kelley of the Agonist, who communicated very similar sentiments last week, and quoted from the always-excellent Mish Shedlock in the doing.

(Special thanks to Open Left for tipping me off to the Sudden Debt blog.)