The controversy surrounding The Golden Compass has all but guaranteed blockbusterhood 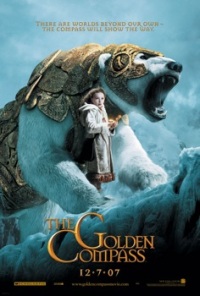 I’m an avid reader and movie watcher, and I enjoy the occasional escape into things that aren’t hard to read or understand. This is why I’ve enjoyed the Harry Potter novels and why, when it was suggested to me a number of years ago, I read the entire His Dark Materials trilogy by Phillip Pullman. The first novel, The Golden Compass, has been made into a movie that officially hits the theaters this Friday. And, if the sheer volume of news about the movie is any indication, it will be the blockbuster of the 2007 holiday season.

The reason is that a number of Christian groups (mostly Catholic) have demanded that their adherents boycott the movie, and in so doing have given it a massive amount of free news publicity. Have these people learned nothing?

Seriously, the best way to guarantee that people expose themselves to something is to ban, boycott, or otherwise protest it. The more people who hate something and want you to hate it too, the more other people want to figure out what all the fuss is about. It’s human nature.

And so the Catholic League, iPrayToday.com, and at least one Christian talk radio host have demanded that no-one see the movie. News outlets as diverse as France’s AFP, The National Catholic Reporter, the Arab Times Online, CNN, and and The LA Times are reporting about the controversy surrounding the movie as much as they are about the movie itself. A huge number of commentaries, mostly in support of the movie, have been put out by supporters including several written by Catholics. Two of the better one’s I’ve read are Salon’s “A moral ‘Compass’, written by Catholic mother Mary Elizabeth Williams, and The Boston Globe’s “God in the dust” by Catholic theologian Donna Freitas.

I’ve read the books, and there’s definitely an anti-organized religion and anti-authority theme to them. There’s also no question that the Authority (the books’ version of God, albeit a false one of a sort – saying too much more would give away too much of The Amber Spyglass) is the bad guy and that he is dead by the end of the trilogy. But personally, I’m right there with both Ms. Williams and Ms. Freitas – if your faith can’t stand up to being questioned, it’s not much of a faith.

Unfortunately, while all this press has given The Golden Compass a lot of free publicity, it’s also given the Catholic League a lot of free press too, and that’s not necessarily a good thing. Bill Donahue, the Catholic League’s spokesman, has a history of being anti-woman, anti-gay, and generally an over-wrought ultra-conservative blowhard (read a number of “good” Donahue quotes here). People like Mr. Donahue thrive on attention like this, and in the process get more and more dangerous. But in the process they open themselves up to eviscerating satire like that dished out by South Park in last season’s Easter episode, “The Hare Club for Men”.

But as someone who had outright forgotten that The Golden Compass was coming out this month, I’d like to thank the Catholic League et al for reminding me that I wanted to see it on the big screen. And for this movie I’ll find a sitter….

[Crossposted: Thoughts in the Daedalnexus]