The problem with democracy in America… 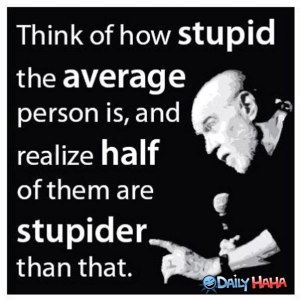 In my most recent post, one commenter repeatedly insisted that I offer a solution or an alternative for the problems I was pointing to. As I noted there, I never suggested that there was a problem, and even if there were, it’s hardly my job to be proposing a lot of solutions that aren’t going to be acted on. If you believe there’s the slightest plausibility of change wafting in the wind, you haven’t taken a good look at the likely presidential contenders in your two major parties.

However, for the sake of argument, let’s pretend that I think America’s current condition constitutes a “problem” and that I’m tasked with offering a solution. I would begin with one critical observation about your system of governance: The problem with democracy in America is that too many people are allowed to participate.

Not even the most rudimentary acquaintance with the government, its laws, traditions or history is mandated. No study of the Constitution is necessary, and in fact someone who thinks that document contains the line “from each according to his ability, to each according to his need” is in no way prevented from pulling the curtain and participating in your glorious democracy.

In America, as elsewhere, 50% of all citizens are intellectually below average, statistically speaking, but they are nonetheless encouraged to vote about things they can’t possibly understand.

The results are predictable, and if your leaders seem stupid to you, if you can’t fathom how they can do the things they do, if you wonder at how control of your government is entrusted to people who are hardly among your brightest and best, well, you have your answer.

None of this is the fault of the nation’s founders. They set up a system where very few people could participate: white, male landowners. They didn’t do so for explicitly racist, sexist or classist reasons, but for the most pragmatic and sensible reason of all: those were the only people who could afford sufficient education to participate intelligently in the government. There’s certainly no reason to exclude the franchise today on the grounds of race, gender, class, etc. – all can contribute to the democracy so long as they’re educated and understand the issues they’re voting on.

Brilliant people are a minority in any nation, and the excellence of any endeavor requires the participation of that elite group. In America they are despised and mocked, and under no circumstances are they elected to high office.

So, if fixing your problems and creating solutions and alternatives were my job, I’d work very hard to disenfranchise the stupid. I’d start by requiring at least a passing knowledge of the issues – actual factual knowledge, not me-too dogma – before I let somebody near a ballot box. And of course, I’d make sure that my schools prepared people for this challenge. Not only would students learn the details of their nation’s government, they’d learn to think critically about it.

That might not solve everything, but it would be one hell of a start.