Scroguely Works: “How much land does a man need?” by Leo Tolstoy

What things one does dream, thought [Pahom]. – “How Much Land Does a Man Need?”

The greatest struggle in the American experience is the one between democracy and capitalism. As de Tocqueville observed, “As one digs deeper into the national character of the Americans, one sees that they have sought the value of everything in this world only in the answer to this single question: how much money will it bring in?” Americans like to think of themselves as the people who brought the world the bellwether concepts of “life, liberty, and the pursuit of happiness.” But the “pursuit of happiness” for Americans has tended to follow the Coolidge dictum: “The business of America is business.” 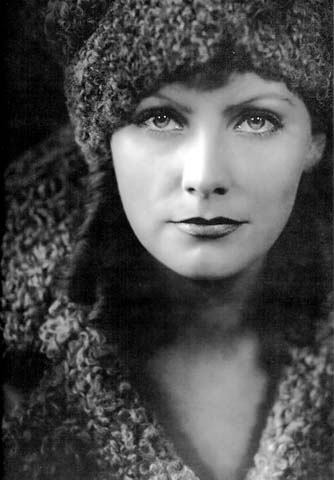 Perhaps, then, it only makes sense that when Americans, even well educated Americans, think of a literary artist like Leo Tolstoy, only a couple of images come to mind: the daunting reading length of a copy of War and Peace – and the breathtaking beauty and inscrutability of Greta Garbo as the title character in Tolstoy’s equally daunting Anna Karenina. As Mark Twain observed all too accurately of too many of us, “A person who won’t read has no advantage over one who can’t read.”

So let us ease into our acquaintance with the great Russian master through his short story, “How Much Land Does a Man Need?” The story can be synopsized easily enough:

After slowly accumulating more and more property, a greedy Russian named Pahom hears that the Bashkirs, a minority race in Russia, are practically giving their land away. He decides to visit them and they offer him as much land as he wants, provided he can walk its perimeter in one day. Pahom agrees and goes out on his trek, but when the sun starts to set, he finds he has walked too far. Running back, Pahom collapses at the starting point just as the sun disappears behind the horizon. The Bashkirs try to congratulate him, only to find him dead. In answer to the question posed in the title, the Bashkirs bury him in a hole six feet long by two feet wide.

Tolstoy’s message in the story is clear enough – Pahom destroys himself because he allows the sin of greed to guide his life. For Tolstoy, a Russian nobleman who, after a dissolute youth, reformed his behavior and eventually became a Christian mystic, it seemed clear that the devil had to be the catalyst of Pahom’s destruction. Pahom, who’s been a contented peasant working his own small farm and sharing in the community pastures – and in the community – becomes the devil’s plaything once he expresses this weakness in the devil’s hearing:

Busy as we are from childhood tilling mother earth, we peasants have no time to let any nonsense settle in our heads. Our only trouble is that we haven’t land enough. If I had plenty of land, I shouldn’t fear the Devil himself!

So Pahom schemes and plans and executes – and gradually becomes a large land owner – but with each successive business deal that makes him richer and that gives him more land, he finds himself less and less satisfied. The land is never fertile enough – or he has problems with his neighbors – or, as in the case of the Bashkiri steppes where he meets his fate, greater amounts of land, seemingly too good to be true, are available for the taking:

There is more land there than you could cover if you walked a year, and it all belongs to the Bashkirs. They are as simple as sheep, and land can be got almost for nothing.

Of course Pahom can’t resist such an opportunity. He accompanies the tradesman who told him of this “deal of a lifetime” (actually the devil in disguise) to the land of the Bashkirs and makes a deal with a Bashkir chief that he can, for 1000 rubles, have all the land he can walk around in a day if he starts at sunrise and returns to the spot he began by sundown. But a night of restless sleep brings a dream that it wouldn’t take a Joseph to interpret:

Hardly were his eyes closed when he had a dream. He thought he was lying in that same tent and heard somebody chuckling outside. He wondered who it could be, and rose and went out, and he saw the Bashkir Chief sitting in front of the tent holding his sides and rolling about with laughter. Going nearer to the Chief, Pahom asked: What are you laughing at?  But he saw that it was no longer the Chief, but the dealer who had recently stopped at his house and had told him about the land. Just as Pahom was going to ask, Have you been here long? He saw that it was not the dealer, but the peasant who had come up from the Volga, long ago, to Pahom’s old home. Then he saw that it was not the peasant either, but the Devil himself with hoofs and horns, sitting there and chuckling, and before him lay a man barefoot, prostrate on the ground, with only trousers and a shirt on. And Pahom dreamt that he looked more attentively to see what sort of a man it was that was lying there, and he saw that the man was dead, and that it was himself! He awoke horror-struck.

As the opening quote of this essay notes, Pahom dismisses the dream as foolishness. He sets out the next sunrise and his greed drives him to walk too far before starting back toward his starting point, the cap of the Bashkir chief which sits upon the ground before the leader as he awaits Pahom’s return. Pahom has to run as hard as he can to reach the cap just as the sun disappears below the horizon. But he realizes that his dream was, like that of the second Joseph, a warning – which in his own case he did not heed:

Ah, that’s a fine fellow! exclaimed the Chief. He has gained much land!

Pahom’s servant came running up and tried to raise him, but he saw that blood was flowing from his mouth. Pahom was dead!

The Bashkirs clicked their tongues to show their pity.

His servant picked up the spade and dug a grave long enough for Pahom to lie in, and buried him in it. Six feet from his head to his heels was all he needed.

The truths in Tolstoy’s story can be rationalized, of course. Pahom makes choices of his own free will – and those choices lead him to destruction. And one can say that Tolstoy’s religiosity (after all, the story bears striking resemblance to one of Christ’s parables) seems quaint and out of tune with our complicated times.

It might be good to remember de Tocqueville again: “The Americans combine the notions of religion and liberty so intimately in their minds, that it is impossible to make them conceive of one without the other.” For what Walker Percy called “…the most religious nation in the world” maybe a writer like Tolstoy speaks to and for us more than we know….

It might also be useful in our complicated times to do some simple substitutions for the word “land” and see if the warning Tolstoy’s simple parable offers has a different ring. How about if one substituted – oil? convenience food? cheap goods? clean water and air? war? power? money? (I’m sure others are occurring to you….)

Tolstoy seems to get complicated enough for us pretty quickly then… and well worth the reading…..